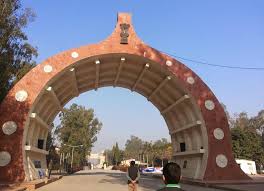 Ferozepur Police to deal with the rumour mongers with a heavy hand: SSP

Ferozepur, September 3, 2020:  Taking strict action against those spreading social-media rumours regarding organ harvesting in the wake of Covid-19 pandemic, Ferozepur Police have arrested Amarinder Singh of Naju Shah Wala village of the district.

Divulging more information, SSP Ferozepur Bhupinder Singh said that Amarinder has been booked under section 66 of the Information Technology Act, 153 of IPC and 54 of Disaster Management Act 2005.

He said the accused was operating a Sher-E-Punjab Pahwan group on Facebook in which he shared a picture of the dead body and wrote organs were being harvested in the hospitals. SSP added such kind of the posts not only lead misinformation among the general public but also create tension in the society.

He said police have been an investigation on whom behalf, he shared the post on the social media to expose a network of such people. He described such social media posts regarding organ trading as irrational and baseless.