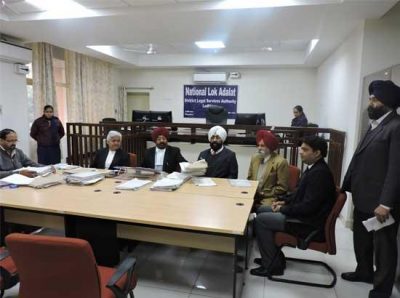 Gurbir Singh, Chairman-cum-District and Sessions Judge said that people could approach the District Legal Services Authority or the concerned courts for the settlement of cases through the Lok Adalats.

He also said that the decision of Lok Adalat was the final, which could not be challenged further. The District and Session Judge also claimed that these also helpful in saving time and money of the people besides promoting harmony in the society.