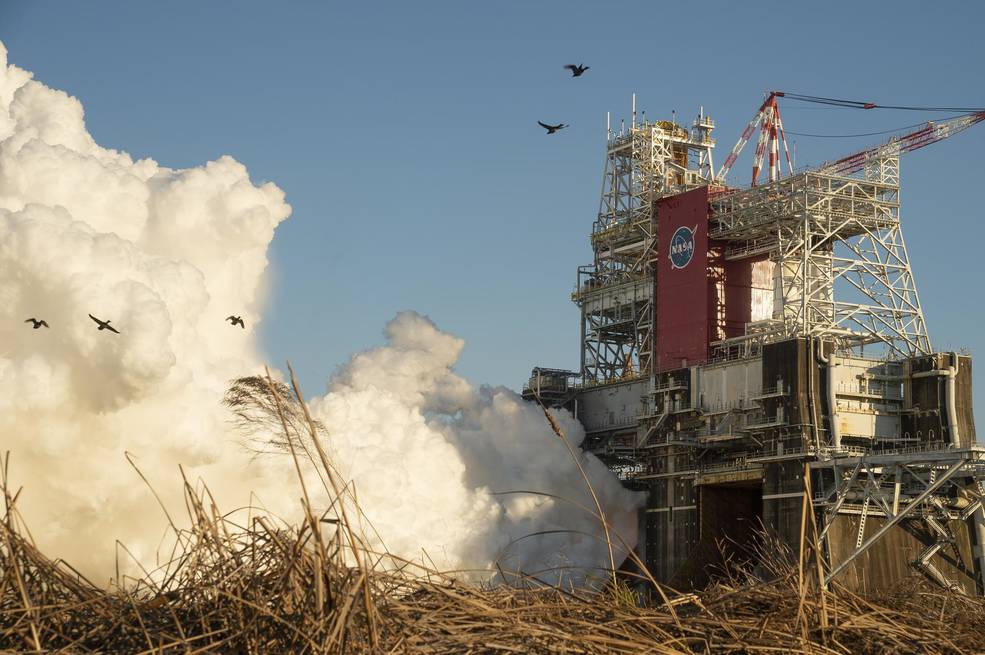 Media are invited to attend NASA’s Space Launch System (SLS) rocket’s second Green Run hot fire – a test of the rocket’s core stage and all of its integrated systems before its flight on the Artemis I lunar mission. NASA is targeting the week of Feb. 21 for the test in the B-2 Test Stand at NASA’s Stennis Space Center near Bay St. Louis, Mississippi. The date for the test will be set following the test readiness review.

The deadline for media accreditation is 4 p.m. EST Monday, Feb. 8, and will be limited to U.S. citizens only.

All accreditation requests should be submitted online at:

NASA continues to monitor the coronavirus pandemic and will credential a limited number of media for access to Stennis in order to protect the health and safety of media and employees. Due to COVID-19 safety restrictions at Stennis, all attendees will need to follow quarantine requirements.

NASA will follow guidance from the Centers for Disease Control and Prevention, along with the agency’s chief health and medical officer, and will communicate any updates that may impact media access for the test.

For other questions, contact the Stennis Office of Communications at 228-688-3333.

Reporters with requests for special accommodations should contact Valerie Buckingham at valerie.d.buckingham@nasa.gov by Tuesday, Feb. 9.

The hot fire is the final in a series of eight tests to ensure the stage’s systems are functioning and ready for operation. During the test, engineers will load propellants into the core stage and allow them to flow throughout the system as the four RS-25 engines fire simultaneously to demonstrate that the engines, tanks, fuel lines, valves, and software can all perform together just as they will on launch day.

Following the test, NASA will ship the core stage to the agency’s Kennedy Space Center in Florida, where engineers will assemble it with the other parts of the Artemis I rocket and the Orion spacecraft.

The core stage was built at NASA’s Michoud Assembly Facility in New Orleans with contributions from suppliers across the country. Boeing is the lead contractor for the core stage and Aerojet Rocketdyne built the RS-25 engines. Engineers from Stennis, NASA’s Marshall Space Flight Center in Huntsville, Alabama, and SLS contractors will conduct the test.

For more information about the test, visit: