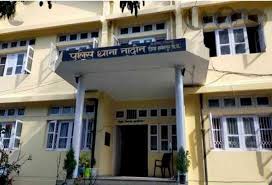 HAMIRPUR (HP)—It is all guns and no roses for police forces across the country and remains always under the firing range of public. But there is also a silver lining in the force when the police station of Nadaun in district Hamirpur of Himachal Pradesh ranked one of the best police stations in the country. The police station has added another feather in its cap.
It was disclosed by the chief minister Jai Ram Thakur and congratulated the State Police in general and Nadaun Police Station of district Hamirpur in particular for being ranked as one of the best Police Stations of the country and the best Police Station of the State on Thursday.
Thakur said that the Certificate of Excellence was awarded to this Police Station by Union Home Minister Amit Shah.  He said that the ranking of police stations was carried out by the Ministry of Home Affairs, Government of India and the same was released by the Union Home Minister in a ceremony during DGPs Conference recently.
Director-General of Police Sanjay Kundu presented this Certificate of Excellence received by him from Union Home Minister to the Chief Minister here today.