Home » MYAS-GNDU Centre for Sports Sciences to established at GNDU
By SK.Vyas

Amritsar, October 24, 2017:  “It is a matter of pride for Guru Nanak Dev University that Ministry of Youth Affairs and Sports has sanctioned “MYAS-GNDU Centre for Sports Sciences” with a support of Rs. 25 Crores for the for the period of five years. This is the only Centre setup by MYAS outside their Ministry. This will be the second Centre in India, the first Centre was established in Gwalior said Prof. Dr. Jaspal Singh Sandhu, Vice-Chancellor here today while interacting with the media personal. Prof. Kamaljit Singh, Dean, Academic Affairs, Prof. K.S. Kahlon, Registrar and Prof. S.S. Chimni, Prof. Incharge Public Relations were also present. A large number of representatives of various newspapers and electronic media were present.

Vice-Chancellor said that apart from this, University has also received Rs. 6.0 Crores from DST under the PURSE scheme and Rs. 4.0 Crores under Rashtriya Uchchatar Shiksha Abhiyan (RUSA).

He said that on the upcoming Foundation day of University, which is being celebrated on November 24, 2017, Chairman UGC, Dr. V. S. Chauhan and Sh. Chiranjiv Singh, IAS (Retd.) have kindly consented to give Key Lecture on this occasion. In the coming months, Dr. Partha Pratim Chakraborty, Director IIT Kharagpur and Dr. Anil Sahasrabudhe, Chairman AICTE have been invited to deliver guest lectures to the University students.

To promote Students Centric Activities, Prof. Sandhu said that Student-Run clubs are being constituted in the university to promote social activities among students: Dance Club, Drama Club, Photography Club, Food & Fitness club, Nature and wildlife club, Literary club, Social Service club, Music club, Science club, Movie Making club, Fine Arts club and Go Green club. These clubs has started functioning with a good number of students as member. He said that establishment of Movie Club will screen weekend movies for the recreation & informational entertainment of students at a nominal fee. An international fame company SPIC MACAY has on the campus without any charges. He said that small videos are being made by the Department of Mass Communication and Journalism, Regional Campus Jalandhar to groom the students for the interview etiquettes.

Similarly, Students Wall in each department has been instroduced so that the students can present their issues. From the next session induction courses for the students will be introduced. He said that organogram for addressing the grievances of the students relating to mess Issues, cleanliness issues and medical Issues for students in hostels has been setup.

Promotions of Teachers under career advancement scheme has been expedited, Induction courses for the teachers are being introduced. The Faculty Club on the campus has been Operationalized. Also empanelment of University Health Centre in Central Government Health Scheme (CGHS) has been initiated were the another features added recently in the functioning of the University. He said that under this 16 hospitals has already given their consent to offer subsidized treatment and clinical tests to the employees of the University.

To bring more transparency in the youth festivals, he said that declaration of result of Youth Festival Competitions immediately after the culmination of the events by the Judges has been introduced and team of observers has been deputed. Constituted a committee for Rationalization of Space in the Teaching Departments and Rationalization of Teaching Days keeping in view the Judgment of the Hon’ble Supreme Court of India to ensure minimum 180 days of Teaching per annum and 90 days of teaching per semester. Committee would suggest clubbing of vacations with Festivals etc. so that minimum teaching days are maintained.

For up gradation of University functioning, he said Eminent Personalities has been deputed. Justice (Retd.) Rajive Bhalla of the Punjab Haryana High Court appointed as Dean Faculty of Laws. Nomination of eminent personalities in the University Syndicate/ Senate like Sh. R. Subrahmanyam, IAS, Additional Secretary (Empaneled as Secretary, GOI), Department of Higher Education, Ministry of Human Resource Development, Govt. of India, Sh. S. S. Johl, Chancellor, Central University of Punjab, Bathinda and former Vice Chancellor of Punjab Agricultural University and Punjabi University Patiala besides being former Vice Chairman of the Planning Board of Punjab has been done.

He said that a standing committee of Vigilance with Sh. Ashok Thakur, IAS (Retd.), former Educational Secretary, Govt. of India, Sh. Dilsher Singh Kalha,  IAS (Retd.), former Secretary, Govt. of India, and Sh. Anil Kaushik, IPS (Retd.), former  DGP as members of the Committee has been constituted to bring propriety and honesty in the system. Similarly, Sh. Chaman Lal, former SP (Vigilance) has been appointed as Consultant (Vigilance). A Centralized Purchase committee has been constituted to make all purchase beyond 5 Lacs from Vendors registered on Government E-Market Portal.

To promote research, Centre for Data  Analytics and Research (CDAR), Signed a Memorandum of Understanding with eminent institutions and link on University website for Conferences/ Seminars attended by various faculty members in last five Years has been started.

He said that University has increased the Internet Bandwidth Scheme to 1GbPS, Research Portal, Online Leave Portal, Online Admission Portals, e-Transcript portal, regular e-Magazine, Creating a dedicated email for feedback from students have launched and a new website for Alumni Association is being launched to reach out to the Alumni of the university throughout the Country and also abroad.

He also thanked the media person for their cooperation and expect their constructive cooperation for the upliftment of the University. 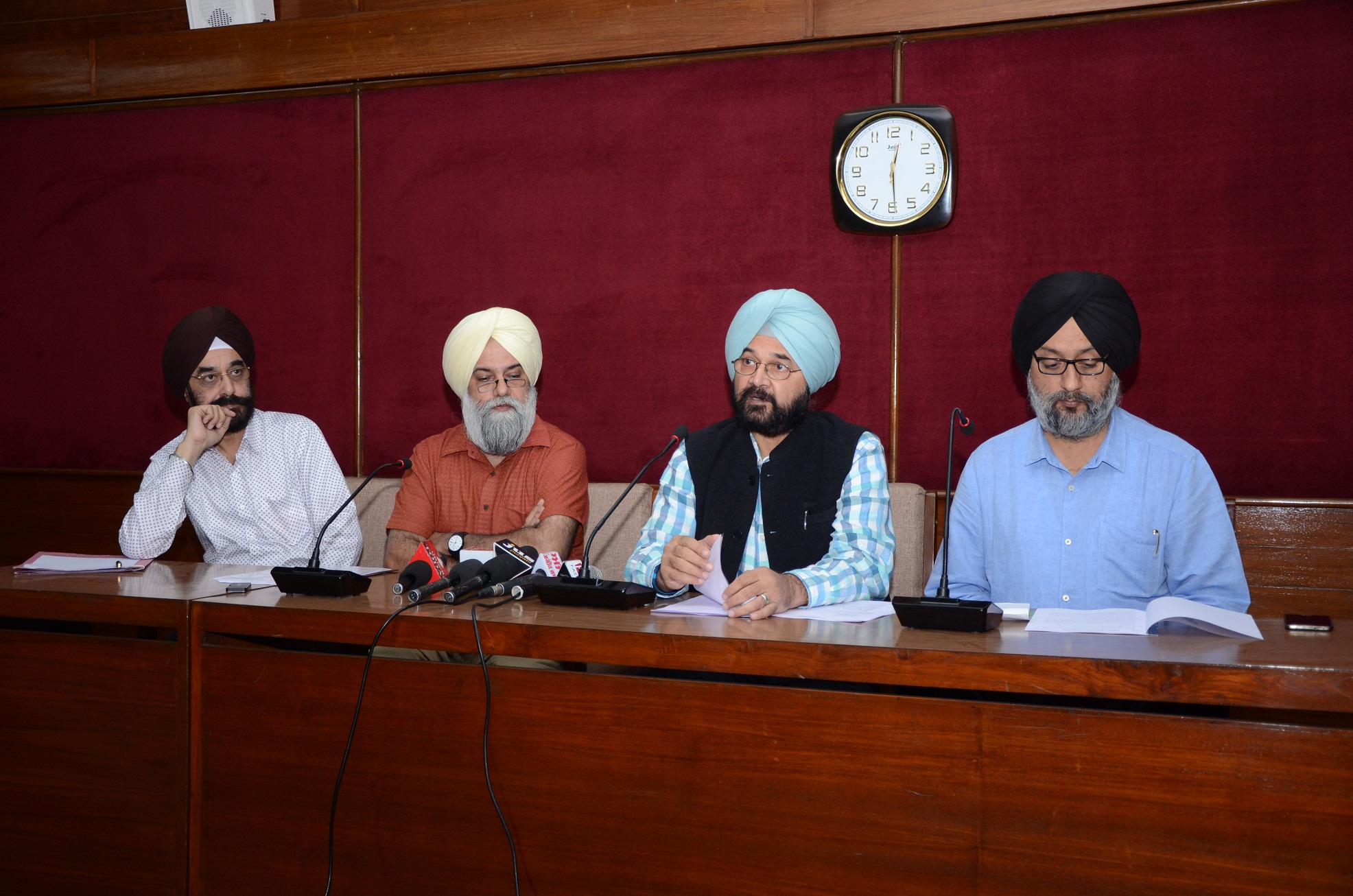 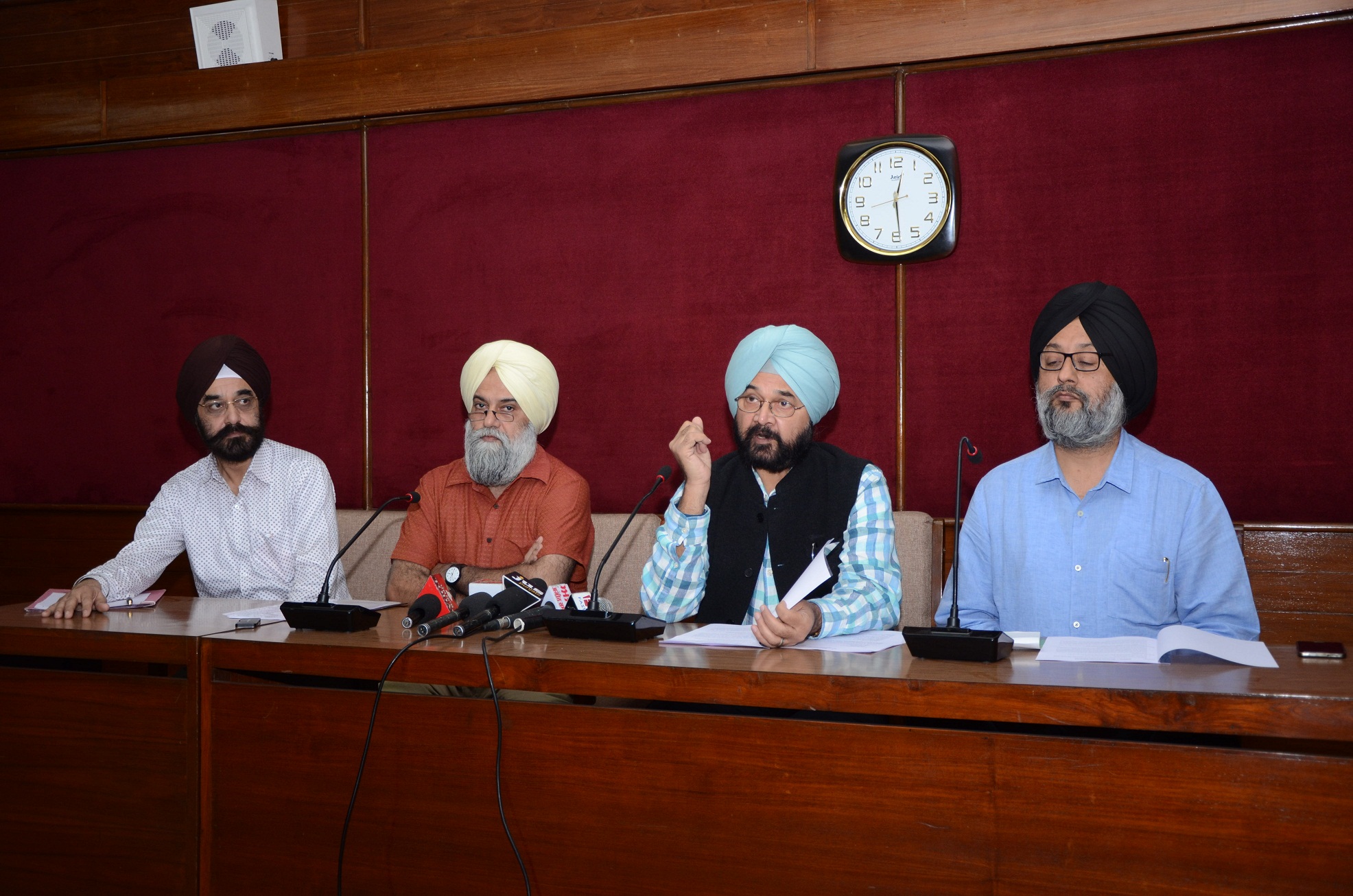 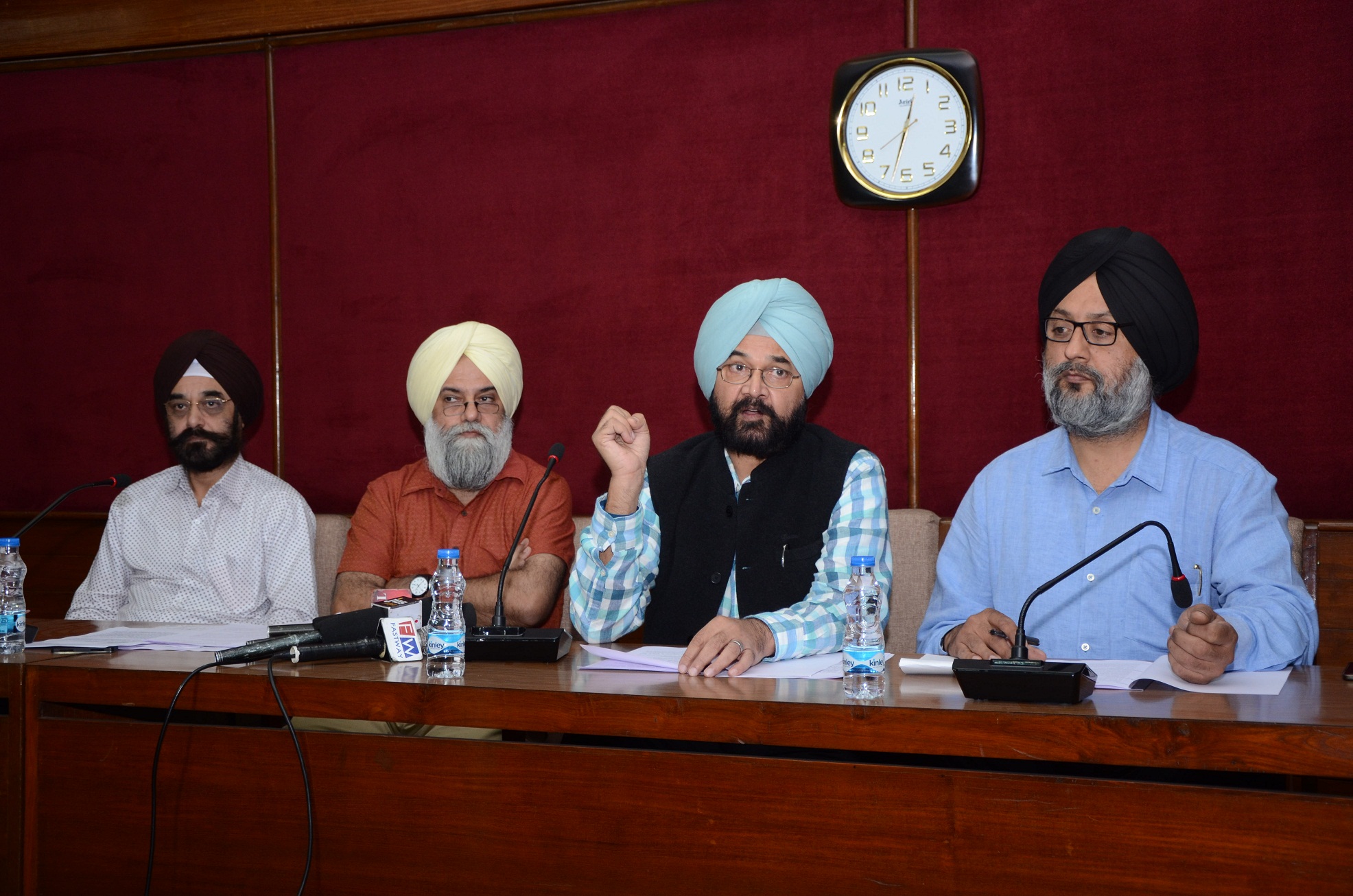 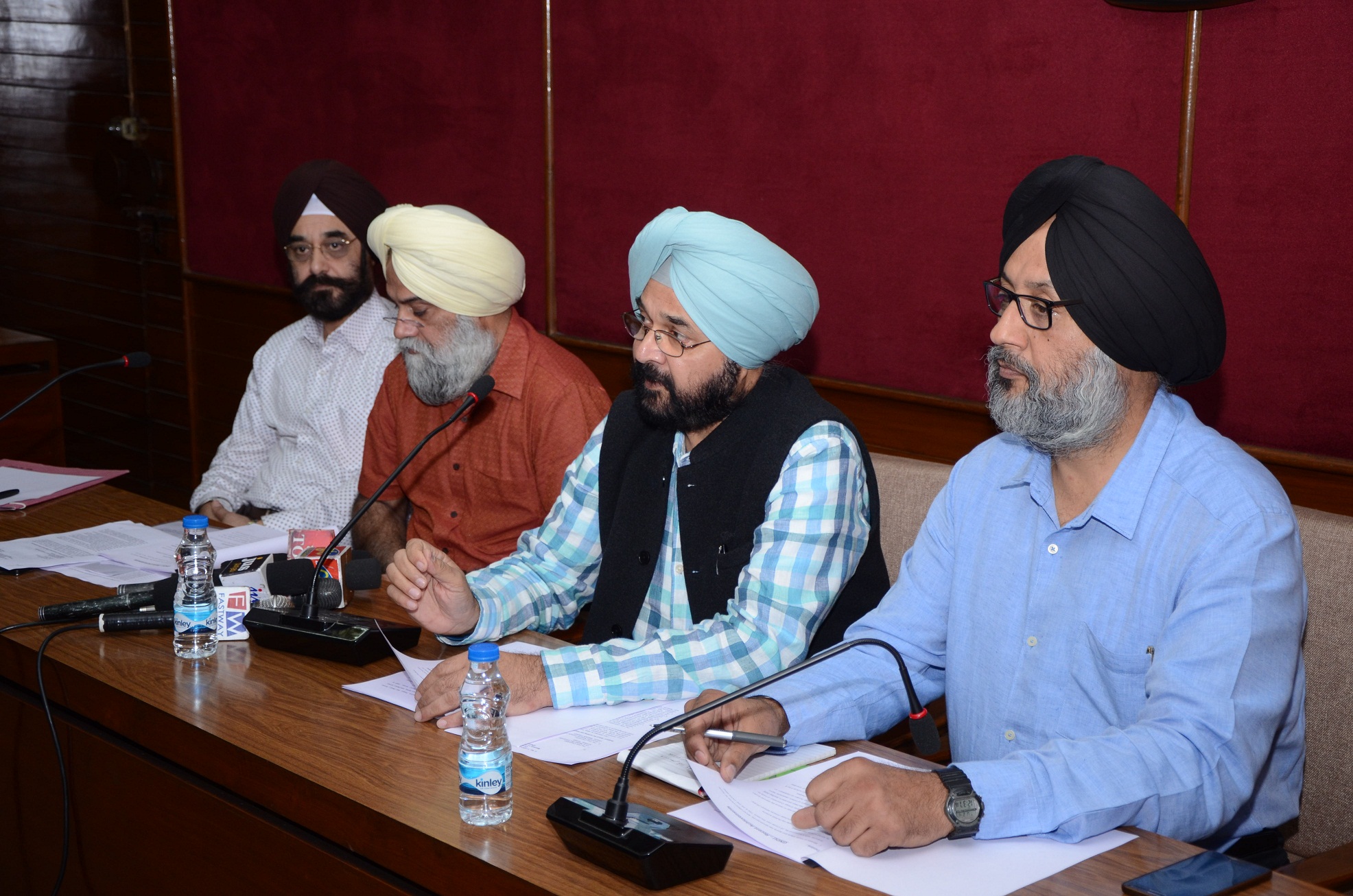