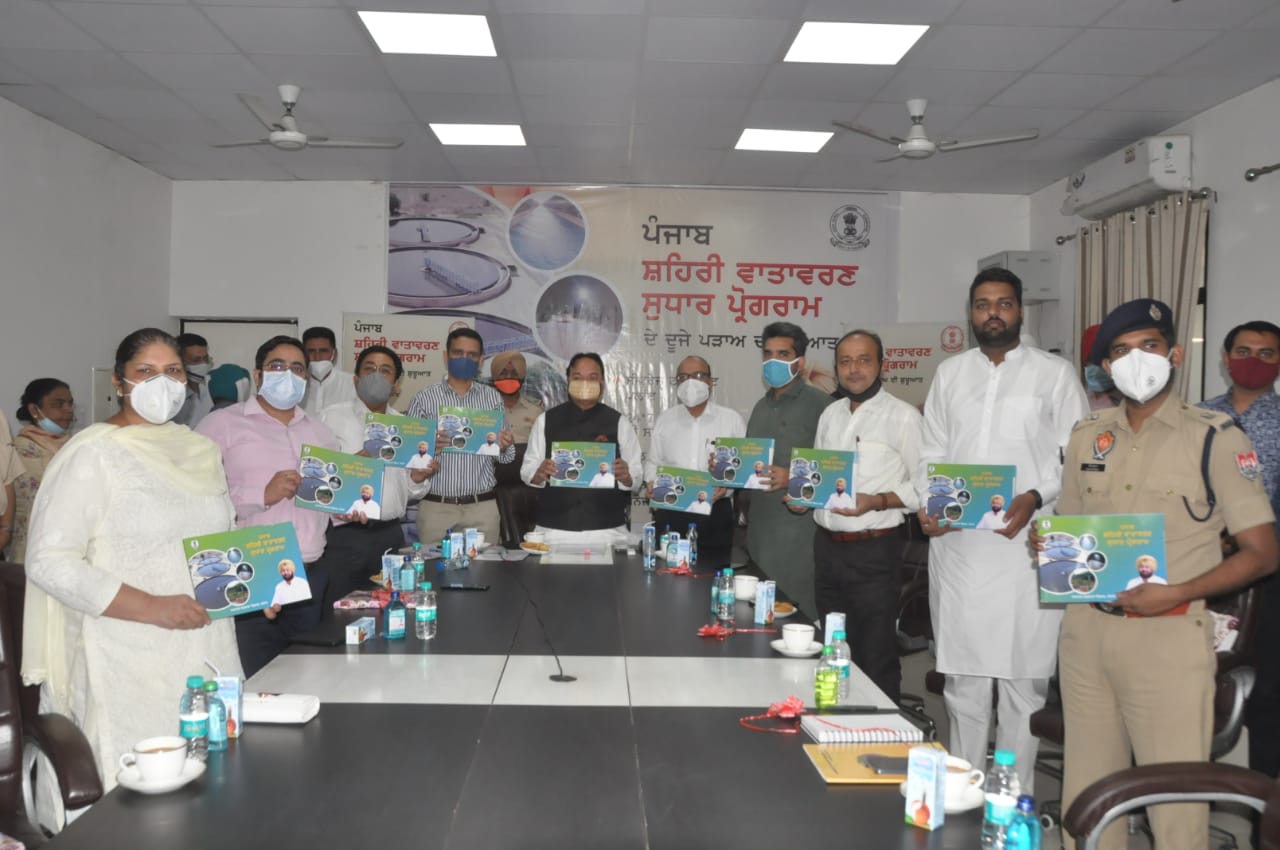 The developmental works worth Rs 639.41 include the construction of Surface Water Source-Based Water Supply Project having 275-MLD Water Treatment Plant at Jagrawan village worth Rs 525.85 crore, construction of new 50-MLD STP and rehabilitation of existing 100-MLD STP in Pholriwal at the cost of Rs 69.72 crore, LED lights at Pan city worth Rs 43.83 crore and 203 developmental works worth Rs 24 crore in 12 Municipal councils in Jalandhar.

Participating in the Virtual launch of Punjab Urban Environment Improvement Programme Phase-II” from Jalandhar, MP along with MLAs  Mayor Jagdish Raj Raja, Deputy Commissioner Ghanshyam Thori, MC commissioner Krunesh Sharma said it was the need of the hour for giving a fillip to the overall development of the Jalandhar.  He said that these funds would give a major impetus to the overall development of the urban areas of the district.

He said that the main motive of the schemes was to ensure the comprehensive development of the urban areas of the district. He said directions have been issued to the officers to adhere to the timelines for the completion of on-going projects under the scheme.

He said that in order to reduce the load on the underground water as the water table was depleting very fast, A 24X7 surface water supply would help to save the groundwater.

He said that the LED lighting project would not only help commuters but would also keep the crime under check and minimize the expenditure on power.

MP added that the STP at Pholriwal will ensure a clean environment and use of the sewage water for irrigation after proper treating.