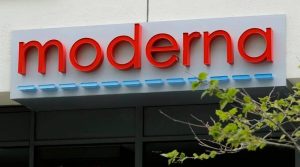 The distribution of Moderna’s vaccine to more than 3,700 locations in the United States will vastly widen the rollout started last week by Pfizer Inc and German partner BioNTech SE.

U.S. COVID-19 vaccine program head Moncef Slaoui said it was most likely the first Moderna vaccine shot, which was approved by the Food and Drug Administration on Friday, would be given on Monday morning.

“We look forward to the vaccine. It’s going to be slightly easier to distribute because it doesn’t require as low (a) temperature as Pfizer,” Slaoui said on CNN.

But an ambitious target to get 20 million Americans started with their first shot of the two-dose vaccine regimen before the end of the year could slip into the first week of January, U.S. Army General Gustave Perna told reporters on Saturday.

The start of delivery for the Moderna vaccine will significantly widen the availability of COVID-19 vaccines as U.S. deaths caused by respiratory disease have reached more than 316,000 in the 11 months since the first documented U.S. cases.

Some states are choosing to use Moderna’s shots for harder-to-reach rural areas because they can be stored for 30 days in standard-temperature refrigerators. Pfizer’s must be shipped and stored at minus 70 Celsius (minus 94 Fahrenheit) and can be held for only five days at standard refrigerator temperatures.

Initial doses were given to health professionals. Programs by pharmacies Walgreens and CVS to distribute the Pfizer vaccine to long-term care facilities are expected to start on Monday.

The U.S. Centers for Disease Control and Prevention will decide Sunday on who it will recommend being next in line to receive COVID-19 vaccines. The populations under closest consideration include essential workers, those over 65, and people with pre-existing conditions.