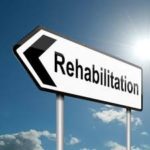 Jalandhar, March 2,2019 :Taking another innovative step to ensure employment by providing skill training to the drug dependents to secure their future either by making them employed or self-employed after the treatment, the district administration has started a mobile repair and electrician course for the drug dependents undergoing treatment at Government Drug Rehabilitation Centre in Shekhe.

The course has a duration of three months and the drug dependents would be trained by experts in the center.

Divulging the details, the deputy commissioner  Varinder Kumar Sharma said that this is just another step to make the youths undergoing treatment, self-reliant so that when they complete the treatment, don’t get depend upon others for the employment.

He said that the training classes have already been started and a qualified technician is on the job daily from 10 am to 3 pm in the rehab center.

Sharma told that the classes will emerge a game changer for the lives of the drug dependents as the training will leave an indelible imprint on their minds besides will boost their confidence.

The deputy commissioner further added that the classes are giving the drug dependents a good change, refreshing experience, and positivity.

Mr Sharma said that the massive drive against the drug menace by Punjab government and large scale awareness programs DAPO, Buddy and others have brought an awakening among the general public resulting the drug dependents are visiting the centre for treatment.

The Deputy Commissioner said that it is an encouraging trend and district administration would continue its efforts until the entire district was not made drug free.

He said that the health department is in the process of recruiting more additional staff for the centre which has a full-fledged round-the-clock 20 bedded facilities and staff strength of a medical officer, counselor, ward boys, nursing staff and security at presently.

He also informed that the department has tied up with an NGO which will also start offering three-month certificate courses in computers, plumbing and other areas.

Do Patients With Cancer Have Prolonged Viral Shedding Following Infection With SARS-CoV-2?