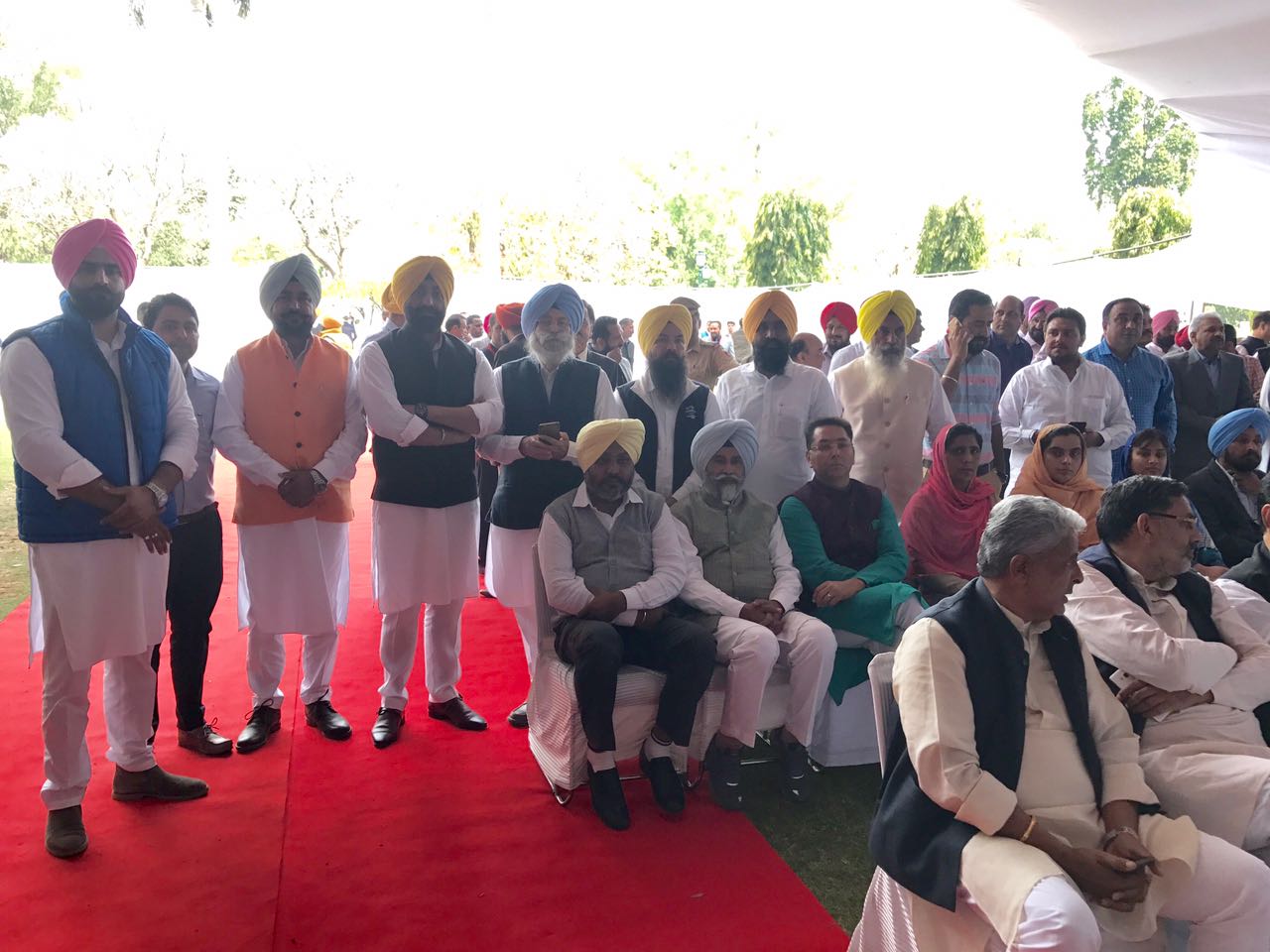 Absence of seats for AAP MLAs is disrespect to the voters and shows the feudal mindset of Amrinder – Sukhpal Khaira
By S.K.Vyas
CHANDIGARH, March 16  : Aam Aadmi Party on Thursday showed displeasure over the step-motherly treatment given to the AAP MLAs at the swear-in-ceremony of Congress government. The officially invited MLAs were not even provided chairs to sit during the ceremony.
Addressing media persons here, AAP  MLA from Dakha, H.S. Phoolka and Chief Whip and MLA Bholath, Sukhpal Singh Khaira along with other MLAs said that the no arrangements were made to facilitate the elected representative related to Aam Aadmi Party. Phoolka said that this was the first time in the history, while chief minister was taking the oath of his office and the leader of main opposition party along with his colleges was standing on the back of pandal.
Phoolka said that although the AAP MLAs don’t seek any VIP treatment of any kind but being the representative of people they must have given seats to sit at least. He said that AAP has culture of simplicity and all the MLAs follow the same ideology.
Khaira said that the swear-in-ceremony depicts the work culture of Congress and feudal mindset of Captain Amrinder. He said that AAP MLAs attended the function respecting the mandate of the people of state while Akalis and BJP leaders were missing from the programe. He said that the denying chair to the representatives of people is like disrespecting the people of Punjab.
Khaira said that Congress has failed to come out of its feudal mindset and people of Punjab now will not accept the intrusive behavior of Captain Amrinder. “If congress cannot organize a function properly then what else the people of Punjab can expect from them” said Khaira.
“We wish that the Congress party fulfill its promises of giving jobs to at least one person from the family, waive of the loan of farmers, eradicate drugs from the state etc made to the people of Punjab. We will keep a tab on the activities of Congress government inside and outside the assembly and failing in performing its duty the government has to feel the heat of Aam Aadmi.” said Khaira.