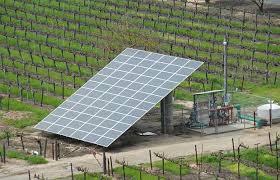 Chandigarh Jan 10, 2021: Thanks to the Haryana government’s effort to initiate a micro irrigation scheme to ensure the availability of water in each agricultural field across the state. In the first phase of the scheme, four districts—Bhiwani, Dadri, Mahendragarh and Fatehabad- have been included. The National Bank for Agriculture and Rural Development (NABARD) has also extended its helping hand and agreed to provide subsidies.

It may prove the state’s most effective and enduring interventions in the area of irrigation. The government will help in harnessing water that was earlier not being channeled in the right direction. Hoping to reach water right up to the faraway fields through a micro-irrigation scheme this can definitely change the people who farm in the state.

The scheme was started by the chief minister, Manohar Lal while presiding over the NABARD State Credit Seminar-2021-22 here on Thursday. The theme of the scheme is “Collectivization of agricultural produce for enhancing farmers’ income.’ Under the scheme farmers who will arrange clusters of at least 25 acres of land or more will be provided water through a micro-irrigation system. To facilitate the farmers to get benefits of the scheme, a portal will soon be launched and applications from the farmers will be invited.

It is disclosed by the chief minister that a relief package of Rs 20 lakh crore was provided by the central government for the revival of various sectors. Out of this amount, projects worth at least Rs 80,000 crore will be planned so as to ensure undercurrents of change is witnessed in rural areas of the state. 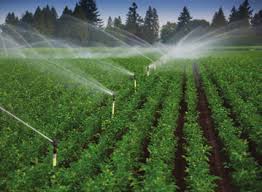 Soon the government starts evaluating of progressive farmers on the basis of 8-10 standards for which a portal will be developed. It will also be ensured that once such farmer further encourages at least 10 farmers in to progressive farmers. Under peri-urban agriculture farming districts falling in NCR region will be encouraged to adopt farming techniques as per the requirement of the area instead of traditional farming.  A list of every ancillary activity of farming be made and a separate plan will be prepared on the theme of “one district one product.”

It is also revealed in thee seminar that around more than 400 villages of the state have no bank branch and there was an urgent need to provide banking facilities in such villages for the success of the each plan.

Maximum use of modern information technology has changed the system of governance in Haryana. The work of digitization of revenue records of 7000 villages has been completed and link to remaining 42 villages will be provided soon.  The state has also constituted a Pond Authority for rejuvenation of deserted ponds in the state.  Under the plan 1700 such ponds will be cleaned in the first phase so that drain water coming out from villages does not overflow into the streets and be used for irrigation.

With full implementation of the scheme water reaches out farmers fields, they will no longer solely dependent on traditional crops such as maize and wheat.