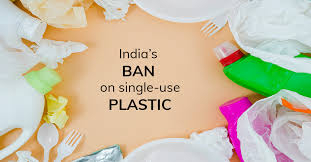 Jalandhar, February 6, 2020: In a unique initiative aimed at checking the environmental pollution in the city, the Municipal Corporation Jalandhar has sought the support of all the organizations to make the upcoming Parkash Purab of Sri Guru Ravidass ji completely plastic-free.

Pertinently, due to the concerted efforts of the civic body, the world-renowned Sri Sidh Baba Sodal was celebrated in the city totally plastic-free.

In an appeal to the organizations, the Municipal Corporation Commissioner  Diperva Lakra and Additional Commissioner Municipal Corporation  Babita Kaler said that the need of the hour was to make city plastic-free for checking the environmental pollution. They said that this initiative was aimed at saving the environment from the harmful effects of plastic. Both the officers said that the organizations must support this noble cause by not using the plastic.

Municipal Corporation Commissioner and Additional Municipal Corporation Commissioner said that plastic play major havoc with the health of the residents and the decision to make this pious occasion plastic-free was to discourage the use of plastic by residents.  They said that the main aim of this initiative was to sensitize people about the bad effects of plastic. Both the officers said that this campaign would be transformed into a movement by creating awareness among the public so that the menace could be eradicated from the city.