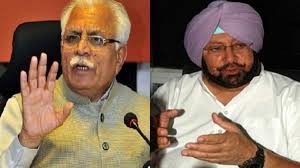 Chandigarh, August 18, 2020: During a meeting of Punjab and Haryana Chief Ministers with Union Minister of Jal Shakti, Gajendra Singh Shekhawat at New Delhi today, Haryana Chief Minister,  Manohar Lal has strongly advocated for the earliest honoring of the verdict of Supreme Court to complete the construction of Sutlej Yamuna Link (SYL) Canal. He also emphasized the immediate need for the creation of carrying capacity to draw the legitimate share of water allocated to Haryana. 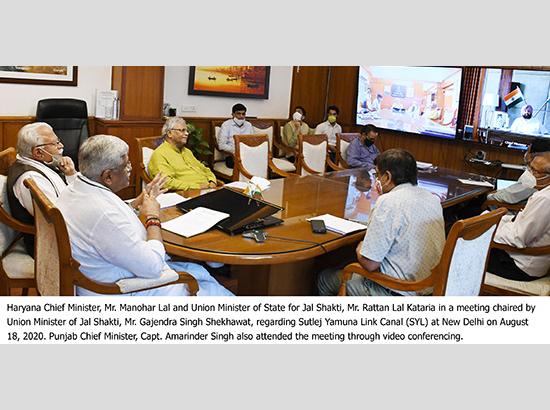 Manohar Lal also argued there is clear evidence that surplus, unchanneled water of Ravi, Sutlej and Beas water has been flowing to Pakistan for the last 10 years, resulting in a colossal waste of National resource. In fact, the Central Water Commission (CWC) had quantified this flow from the Ravi river at 0.58 MAF, advocating the construction of a second Ravi Beas link at Dharamkot. Water also flows to Pakistan downstream of Ferozepur, especially during Monsoon season. Moreover, during the filling period that is from May 21 to September 20 practically, there is no restriction on indent by Bhakra Beas Management Board (BBMB) on drawl of waters from the Bhakra reservoir. Such surplus water can be harnessed for drinking water-starved areas of South Haryana and for groundwater recharge instead of allowing it to flow to Pakistan. He also stated that redundancy is needed in every canal network to permit the repair and maintenance of channels. The main carriers of Ravi, Beas and Sutlej waters in Haryana at present are Bhakra Main Line (BML ) and Narwana Branch, which are more than 50 years old and run 24×7, 365 days a year. These have considerably deteriorated and need maintenance, failing which a major humanitarian disaster can take place if there is a major breach in any of these canals as they carry water for drinking purposes also apart from Irrigation. So an alternate carrier is the need of the hour. SYL canal can serve all these purposes apart from carrying a legitimate share of Haryana water and indent free surplus water, which otherwise is flowing to Pakistan.

Manohar Lal said that while Haryana is open for dialogue and discussion on the subject but with a clear stipulation and condition that construction of SYL must be completed as per decree of the Supreme Court at the earliest. Not doing so is a gross injustice to the people of water-deprived areas of Haryana, who have been struggling to receive their fair share of water in spite of the clear and unambiguous judgment of the Supreme Court in its favor. In fact, the Supreme Court has termed the Punjab Termination of Agreement Act as unconstitutional and has clearly stated that decree of the highest court must be executed. 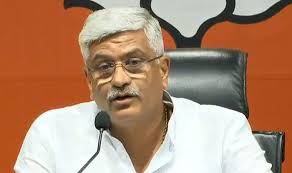 Union Jal Shakti Minister, Gajendra Singh Shekhawat also stated in no uncertain terms that infrastructure and carrier capacity in the shape of SYL canal has to be created to harness allocated share of Haryana as per current availability of water and to also harness water, otherwise flowing to Pakistan, especially during Monsoon season. He also stated that the Hansi Butana canal also needs to be connected to the main system as it can carry part of the allocated share and also serve as an alternate carrier channel. Responding to demand of Punjab Chief Minister for Yamuna waters, Shekhawat said that Punjab had raised this issue earlier also before the Supreme Court and it had been discussed and deliberated at length before delivery of judgment on SYL by the Supreme Court. Moreover, this issue is not relevant now, as agreement on sharing of Yamuna waters has already been finalized in the 1994 agreement among Haryana, Himachal, Uttar Pradesh, Rajasthan and Delhi. Moreover, the agreement on Ravi Beas waters pertains to surplus waters, over and above the pre-existing usage during pre-partition days with a foreign country, whereas there is no such issue in Yamuna waters, he added.