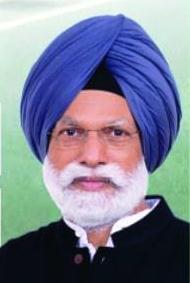 Deputy Commissioner Ludhiana Mr Pradeep Kumar Agrawal informed that this camp would be attended by various government departments namely Welfare, water supply and sanitation, rural development and panchayats, PSPCL, labour, industries, lead bank, health and family welfare, food and civil supplies, employment generation and training, social security and women and child development, school education, etc. He informed that these departments would identify the eligible beneficiaries and would fill their forms on the spot so that maximum number of people can avail of the government’s welfare schemes. Mr Agrawal has appealed to the residents to attend this camp in large numbers.

While providing further details, Mr Pradeep Kumar Agrawal stated that this scheme is aimed at the inclusive growth of the distressed sections of the society. It will be on the line of Antyodaya principles (Antyodaya’ means rise of the last person) and will be implemented in the state’s rural areas. MGSVY aims to translate the vision of inclusive development of the state into reality by ensuring equitable access to benefits of all socio-economic development schemes for those who have been deprived of such benefits. Although a large number of welfare scheme have been going on for years, there are a large number of poor and distressed households to whom the benefits of these schemes have not reached. The goal of MGSVY is to identify such people and ensure that they get due benefits under various government schemes and programmes within 30 days.

He informed that people who can avail benefits under MGSVY include Farmers who have committed suicide because of debt, the family whose family members have died and the household expenses are running, a Family member whose family is suffering from AIDS or cancer-related illnesses, Families of martyrs who are going through financial difficulties after being martyred, Whose children do not go to school, Family of freedom fighters, Homeless family, People suffering from intoxication, Families suffering from natural disaster, Unemployed people over 18 years old, orphan, third gender and beggar, Parents giving birth at home, Acid sufferers etc.

Dr. Davinder Kaur Dhatt’s endeavour to fast diminishing art form commendable : Dr. Patar
MORE THAN 14,000 STUDENTS ADDRESSED BY DC UNDER “ONE DAY ONE SCHOOL” CAMPAIGN IN 14 DAYS.WAR ON DRUGS: DC CALLS UPON STUDENTS TO KEEP AN EYE ON THEIR PARENTS
Comment