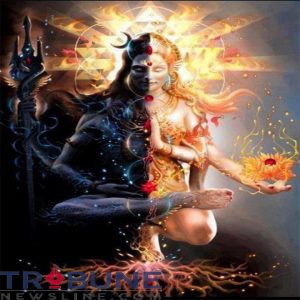 Delhi, March 10: Maha Shivratri or the ‘Great night of Shiva’, is one of the major festivals in Hinduism dedicated to worshipping Lord Shiva. As per the Hindu calendar, Shivratri is celebrated on the new moon day in the month of Maagha.

The name Shiva means to enlighten. And, that’s exactly the essence of Lord Shiva who has several names like Mahadeva, Pashupati, Vishwanath, Nataraja, Bhava, and Bhole Nath. Lord Shiva, in the Hindu mythology, is recognized as the destroyer and the creator of the universe. So, on Maha Shivratri, let’s celebrate Shiva by understanding him and his leela!

‘Shivratri’ is a combination of two words – Shiva+Ratri, where ‘Shiva’ refers to Lord Shiva and Ratri means ‘night.’ The word “Maha” in Maha Shivratri means “Grand”. So, the grand night dedicated to celebrate this deity is called Maha Shivratri.

The difference between Shivratri and Maha Shivratri

Shivratri occurs every month, whereas Maha Shivratri is the great night of Shiva that occurs only once a year. The 14th day of every lunar month is known as Shivratri. So, there are twelve Shivratris in a calendar year that occur a day prior to the new moon.

There are a lot of fascinating stories associated with the history of Maha Shivratri, some of them include: