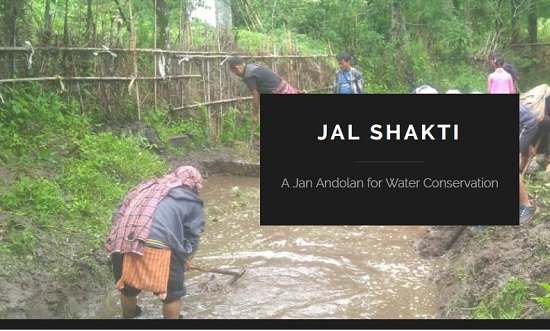 Ludhiana, August 4 , 2109:  – Mrs Vibha Bhalla, joint secretary of the Union Ministry of Labor and Employment and Head of Jal Shakti Abhiyan team has praised the efforts, to conserve forests and conserve underground water, being made in District Ludhiana at the national level.  It is pertinent to mention that under the ‘Jal Shakti Abhiyan’ launched by the Union government, special teams led by senior central officers had visited 255 districts across the country.  These teams have now submitted their report to the Central Government. In Ludhiana district, efforts have been initiated to save groundwater in 12 out of the 13 blocks (excluding Maloud block).

She stated that 644 acres of government land along the Sutlej coast has been set free from illegal occupation for which all the departments have given their support.  She writes that it seems that Ludhiana district is moving towards a new green revolution.

It is pertinent to mention that 644 acres of land in district Ludhiana has been got freed from illegally occupancy since 2017, including 147 acres in Kot Umra village, 80 acres in Gorsia Makham Mohammed, 175 acres in Haider Nagar, 11 acres of Bulandwal, 70 acres of Rod Majri, 79 acres of Hadiwal (Samarala range), 25 acres of Hadiwal (Mattewara range) and 55 acres of Mand Udowal.  Mrs Bhalla has also posted some pictures taken on her blog while visiting various forest areas.

She stated that efforts are being made to free the forest area from illegal occupation as well as to develop the area as a forest, under which more than 1 lakh 90 thousand 400 plants have been planted so far.  Of these plants, 75-80 per cent of the plants is Tahli (Sesame), 15 per cent Arjun and the remaining 10 per cent other varieties.  She said that 12 new plant nurseries have been developed in Ludhiana district, where more than one million plants are being grown.

The Punjab Government has also launched a special drive to plant 550 plants in every village. This drive is dedicated to 550th birth anniversary of Guru Nanak Dev Ji.  She confidently said that the ‘Nanak Bagichi’ scheme initiated by the Punjab Government would bring green cover in the state.  As part of this campaign, 5 lakh 17 thousand 550 plants are being planted in 941 villages of district Ludhiana, out of which more than 3.5 lakh plants have already been planted.  The planting work is due to be completed by September 2019.  A monthwise schedule has also been made to nurture these plants.

Meanwhile, Deputy Commissioner Mr Pradeep Kumar Agrawal has reiterated his commitment that the district administration would continue to work in this regard.  He said that the participation of the people in this campaign was very important so that it could be made a joint movement of people of all walks.  He said that besides the students of the schools, colleges, NGOs, Sarpanchs Panchs and the general public are being linked to this campaign.