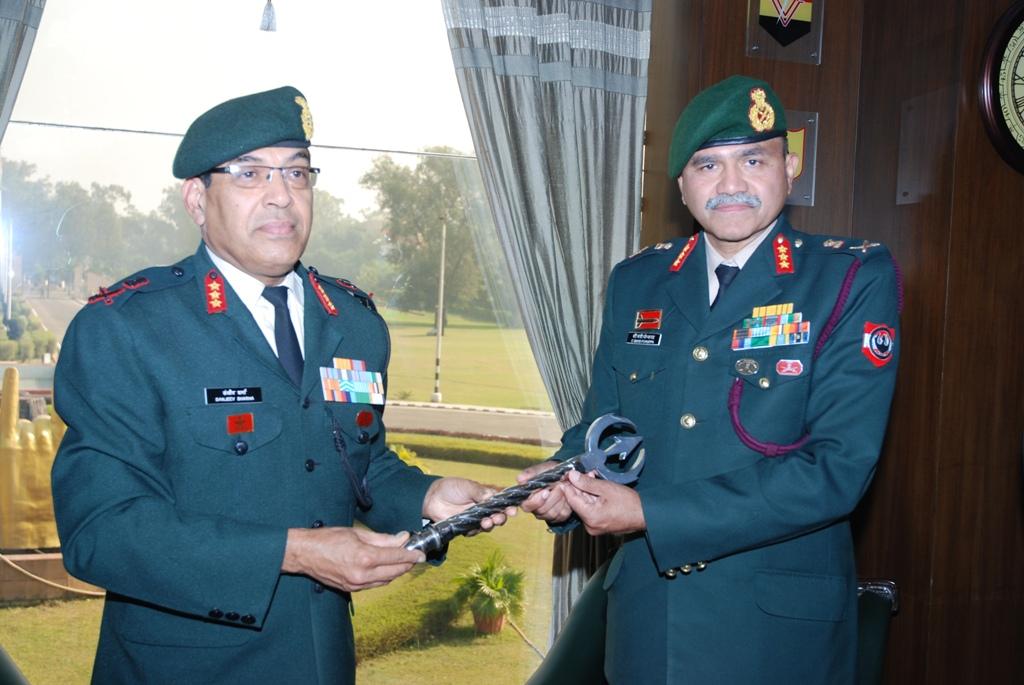 Jalandhar:  Dec 2, 2020: Lt Gen C Bansi Ponnappa, AVSM, VSM has taken charge as the General Officer Commanding of the prestigious Vajra Corps (Defenders of Punjab) on 02 Dec 2020.  He was commissioned in the 2nd Battalion the MAHAR Regiment in Jun 1985, after training in NDA and IMA where he had excelled. He is also an alumnus of Defence Services Staff College, Wellington, College of Defence Management, Secunderabad and National Defence College, Delhi.

The General Officer has held various prestigious staff appointments in Military Secretary Branch, as Brigade Major of an Independent Armoured Brigade, Colonel General Staff (Operations) of an Infantry Division in J&K, in the Acquisition Wing of MoD and Adm & Coord Branch of Army HQ. He has also been an instructor at Defence Services Staff College, Wellington.

Lt Gen Ponnappa was the Chief of Staff at Headquarters Northern Command prior to assuming command of the Vajra Corps.