Home » Lord diljit rana mourns loss of Prince Philip, reveals connection with him in emotional note on his death 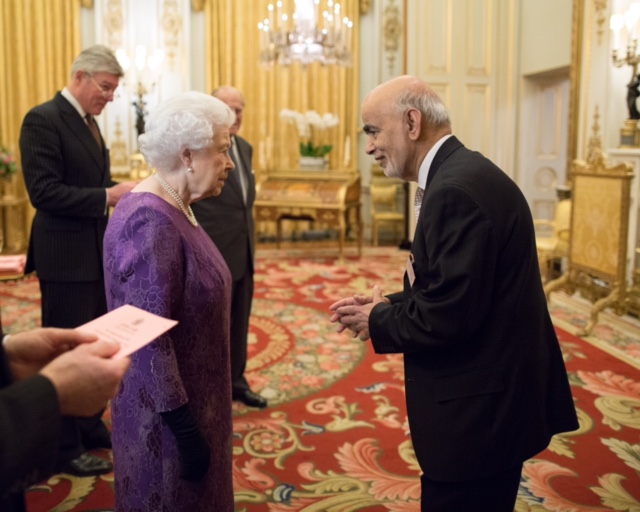 Edinburgh: Following the demise of Prince Philip, Lord Diljit Rana offered his condolences to the Royal family. Lord Rana said he was just an armlength away from the common man and took an interest in talking to everybody.
He shared his memories with Prince firstly in 1985-86 when a committee was launched to raise funds for Commonwealth War Veterans. Lord was the Chairman of the fundraising committee in N Ireland. Prince Philip personally visited all the regions of the UK to receive the collected funds except Belfast. He didn’t come to Northern Ireland and invited   all the fundraising committee members to Buckingham Palace for afternoon tea and spent over an hour of quality time with Lord Rana and the rest of the committee members
Again in 2003, Lord Rana was invited with seven other guests to have lunch with Her Majesty The Queen and Prince Philip Duke of Edinburgh and they spent over 2 hours together. We talked about various subjects. Prince Phillip had a keen interest in fighter aircraft, technology, Environment, preserving wildlife, education. Indeed mastery over many subjects. The Queen and Duke of Edinburgh made us feel at home as if we have known each other for a long time. He was very kind and caring and took interest in each one of the invitees. It was indeed a most memorable occasion.

Again in Feb. 2018 UK  celebrated year of culture, India’s long standing relationship  with Britain .The event was hosted at Buckingham Palace. Lord Diljit Rana met with The Queen and the Duke of Edinburgh couple of times and had brief conversation during the evening  . Lord rana has fond memories of his meetings with Prince Phillip Duke of Edinburgh and liked his caring approach towards common man . He left a memorable impression on whoever he met.
April 11,2021