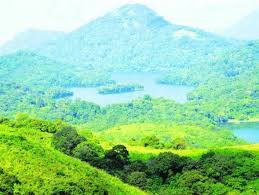 CHANDIGARH—Large-scale dam building in the Himalayas is not a matter of pride because while generating megawatts of power, it could wipe out vast swathes of biological diversity in the ecologically fragile region, has already been revealed in a study. The study was carried out by Dr Maharaj K Pandit, head of the Centre for Inter-disciplinary Studies of Mountain and Hill Environment, Delhi University in collaboration with an institute of China.

The findings of the study have appeared in the journal ‘Conservation Biology.’ It states there will be loss of habitat and species by submergence and plethora of construction activities leading to elimination of species and change in land cover. Thus is detrimental to the survival of species, flowering plants, birds, mammals, fish, reptiles and amphibians. Besides, destruction of large chunk of forests areas. Hundres of dams are being proposed on three major river basins of the Indian Himalayas—The Ganges, Indus and Brahmaputra—in a bid to harness one lakh MW of power. The government has also proposed to harness half of this potential through projects in Himachal Pradesh, Jammu and Kashmir Uttrakahnd, Sikkim and Arunachal Pradesh.

Most of these projects are located in species-rich areas of the Himalayas and pose a serious threat to country’s biodiversity. Nearly 90 per cent of the valleys would be affected and 27 per cent of dams would affect dense forests by these projects. It is also warned that number of species that could go extinct by 2025 due to dam construction in the Himalayas. Endangered species are 725 flowering plants; 71 birds; 22 mammals; 20 fish; 10 reptiles and 8 amphibians.

The study mapped 292 dams under construction or proposed and projected has written impacts of ‘harness of power’ on forests and biodiversity. The dam density of 0.3247 per 1,000 km square area nearly comes up to 62 times more than the current average global figure. It translates into an average of one dam for every 32 km of river channel.

According to Dr Ritesh Arya, renowned Geologist said that Indian Plate moved at a speed of 65 millimeter resulted in an average increase of five millimeter of Himalayas’ height every year. He also stated that Indian Plate was moving towards China.  The Himalayas are also known as Third Pole which has around 15,000 large glaciers. Spreading around 5.95 lakh square kilometers has length of 2500 kms from POK to Tibbet and breadth comprising from 200 to 400 kms at various places.

Nine States and two union territories of India—Himachal Pradesh, Uttrakhand, Sikkim, Arunachal, Nagaland, Manipur, Mizoram, Tripura, Meghalaya, Jammu and Kashmir and Ladakh fall under the area of Himalayas. Besides, it has also its presence in six countries.  Gangotri glacier ( 30 kms) is the biggest glacier of it.

Such impacts are being overlooked time and again in the current regulatory process. Environment impact assessment for such projects is not mandatory but holds significance as nature takes its tolls.