NewDelhi, Dec 3,2018 ( By SK.Vyas): As part of its vision to transform the public transport system in the national capital, the Delhi government on Monday along with the Delhi Metro Rail Corporation (DMRC), launched the rebranded common mobility card as ‘ONE’ card with the tagline ‘One Delhi.One Ride.’ Transport Minister Shri Kailash Gahlot launched the card at the Rajghat Bus Depot. 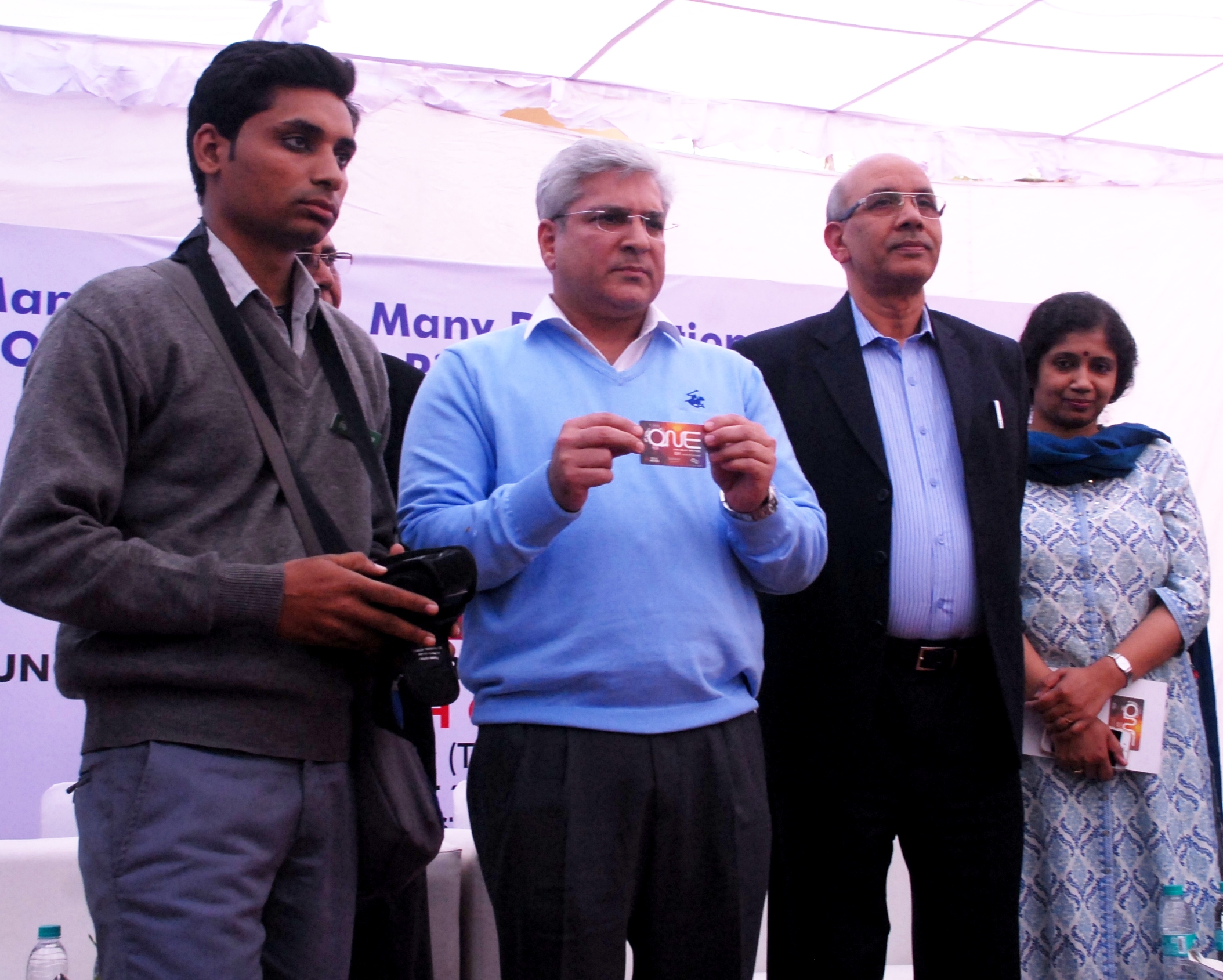 The newly designedcards will have a background of cubic grid in bright shades of red and yellow. It will also have a circular unit with sketches of Metro trains, DTC buses, auto rickshaws and Delhi’s monuments around it. It will now carry the logos of all three transport operators in the city – DMRC, DTC and Delhi Government.

Explaining the thought behind the ONE card, Mr Gahlot said, “For majority of the people to switch over to public transport, they need to see and experience Delhi’s metro and buses in the same light – as part of a well-integrated and seamless public transport system. With the launch of Common Mobility Card in August this year, extending the 10% discount of fares on usage of card in buses, and now the re-branding of the Metro card as ONE card, we wish to tell the people of Delhi that their government is committed to providing them a seamless, high-quality travel experience in Delhi’s public transport system.”

The minister said that Delhi government will soon be launching a common app through which commuters can plan multi-modal trips including buses and metro from any point to any point in Delhi. They will also be able to see the live locations of Delhi’s buses.

The ONE card will be available for sale starting tomorrow (4th December, 2018) instead of the Metro smartcards at all metro stations and DTC pass counters. The existing Metro smartcards will continue to stay valid but any new card or replacement will be through ONE card.