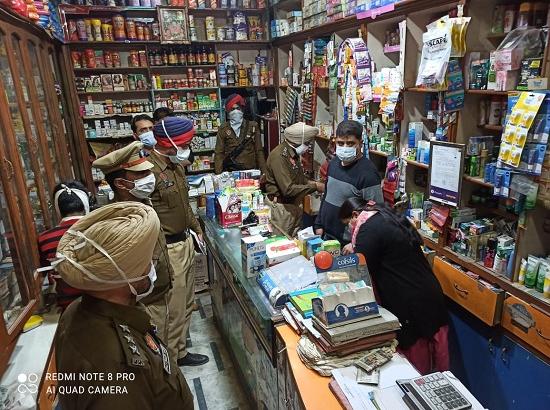 25 FIRs, 32 Arrests and heavy drug recoveries made under the NDPS Act in recent days

Police is duty-bound to wipe out the drug abuse from the city: CP

Jalandhar, February 26, 2021:  With an aim to make Jalandhar a drug-free city, the Commissionerate Police has recently launched a massive crackdown against the drug menace by initiating a special drive.

Divulging the details, Commissioner of Police Mr Gurpreet Singh Bhullar said that police have taken slew of measures to break the nexus of drug smugglers . He said that during this special drive as many as 25 FIRs have been lodged, and a total of 32 accused were arrested under the NDPS Act with huge recovery of drugs. The police have recovered consignments of drugs including 237 gram heroin, 29 KG opium, 4.50 quintal poppy-husk, and 4700 gm Ganja.

The CP said that a massive search operation was launched by the police department in the drug-sensitive areas, where special teams had cordoned off the area to carry out their search drive. Similarly, another operation was initiated to check the medical stores under which several medical shops have been checked jointly by police and health departments. Mr. Bhullar said that the police have arrested as many as 12 proclaimed offenders wanted in the cases registered under the Narcotic Drugs and Psychotropic Substances (NDPS) ACt.

Mr. Bhullar said that since the framework of the war against drugs has already been set up now the final blow was being given to wipe out this menace. He reiterated that no stone would be left unturned for making this drive against drugs a huge success.

The Commissioner of Police further said that joint efforts were being made to ensure that drugs menace was controlled effectively in the city. Soliciting fulsome support and cooperation from the masses, he said that this war against drugs could not be successful without their participation.