Home » Irrigation can irrigate the life style of rural Himachal. 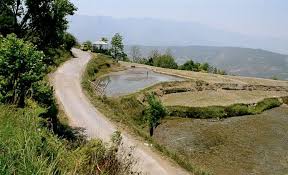 Shimla, September 25, 2020: One of the irrigation scheme’s most effective and enduring interventions is in the area of agriculture. Initiatives in this direction of the state government, enable it to tell a different story. Thanks to the government’s initiatives in expanding the irrigation networks. While in 2013-14, the state has 114,000 hectares irrigated area, which was increased to 1.17,000 hectares in 2014-15. It further increased to 1,20,000 hectares in 2015-16 reveals the government records. With the increase in the irrigated areas, the production of food grains also registered an increase in the state.

The official of the state government said that under the State Water Policy, efforts were made to bring more and more areas under irrigation facilities. Irrigated area either was covered by large or medium and small irrigation schemes. For proper use and management of water resources, the state government has constituted a Water Management Board, he said.

Irrigation has been giving a new dimension to farming practices in the state. The government has started an ambitious Rs 104 crore Balh Valley Medium Irrigation project in Sundernage Sub-Division of district Mandi and which was completed at a cost of Rs 97 crore. The first automatic irrigation project first-of-its-kind has been irrigating 2355 hectares of land thus benefitting 7500 families of 24-gram panchayats of the area. 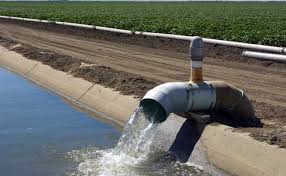 On completion of the second phase of the Balh Valley Medium Irrigation Project, 2780 hectares more area has been provided irrigation facilities. It cost Rs 7.02 crore to the government exchequer. It irrigated 425-hectare farmland benefitted 57 villages of 18-gram panchayats of Balh constituency.

In the recent past, the Government of India has sanctioned over 190 small irrigation schemes worth Rs 185.72 crore which will provide water to 26652 hectares of land. Of this amount, Rs 167.15 crore will be provided by the GOI and the remaining amount of Rs 18.57 crore will be borne by the state government.

Watersheds structures are helping harness water that was earlier not being properly channeled. Now the water is reaching fields through irrigation channels. “Such robust water harvesting structures for irrigation purposes are adequately backed by the locals do wonders,” said the official.

Enhanced irrigation facilities reaching rural Himachal the villagers are no longer solely dependent on traditional crops such as maize and wheat. They are growing several vegetables in abundance and paying huge dividends to the poor farmers of the State. And as incomes increase, families are now able to spend more on household assets, children’s education. Villagers of Sherpur say that their vegetables were supplied as far as Pathankot.  A number of farmers across the state is earning more and more every year through government schemes.

Some of them who were hardly managed to meet ends and hand-to-mouth existence in the past has now earned over Rs 80,000 yearly.