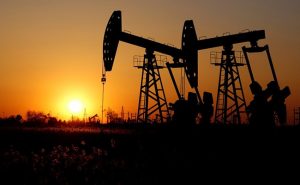 NEW DELHI 21 January 2021 – Iraq has reduced annual supplies of Basra crude oil to several Indian refiners by up to 20% for 2021, industry sources said, in a rare move by OPEC’s second-largest producer which is trying to meet its obligations under the group’s production deal.

Iraq was the top oil supplier to India in 2020 and a reduction in long-term Basra crude supplies could erode Baghdad’s market share in the world’s third-largest oil importer and consumer.

Iraq’s Oil Marketing Company (SOMO) has reduced the 2021 Basra term volumes to several Indian refiners by between 10% and 20%, the sources said.

“We never expected Iraq to cut volumes. We may have to look for alternatives like tapping the spot markets,” said a source at one of the Indian refiners.

“This is happening at a time when we are preparing to increase run rates as fuel demand is recovering.”

SOMO told Indian refiners that it had reduced annual contracts for all Asian buyers to compensate for higher volumes produced in the previous year, one of the sources said.

Iraq has been striving to meet its output target under an agreement between the Organization of Petroleum Exporting Countries and allies, including Russia, to limit production and support global oil prices. Baghdad is heavily reliant on oil revenues to support the country’s economy.

Iraqi Oil Minister Ihsan Abdul Jabbar said earlier in January that it will stay committed to OPEC decisions and compensate for its overproduction.

India on Tuesday complained that recent output cuts by some OPEC countries had created uncertainty for customers and led to a surge in global oil prices.

The sources said SOMO cut term supplies to Indian Oil Corp, the country’s top refiner and its biggest Indian client, by 10% to about 350,000 barrels per day (bpd) for all three Basra crude grades, while the volume for Mangalore Refinery and Petrochemicals Ltd fell by 17% to 50,000 bpd.

SOMO is planning to cut the oil contract of Bharat Petroleum by about a quarter from last year’s 100,000 bpd, the sources said, adding that discussions with BPCL were still ongoing as the Indian company’s annual contract begins in April.

Iraq has agreed to HPCL’s request for lower supplies, while the companies are in talks about the additional supply of Basra Medium grade, they said.

The annual oil contract for Reliance Industries, operator of the world’s largest refining complex, has also been changed. Reliance will get 33,000 bpd of Basra Medium grade instead of 66,000 bpd of Basra Light, the sources said.

The Indian refiners did not respond to Reuters’ requests for comment.