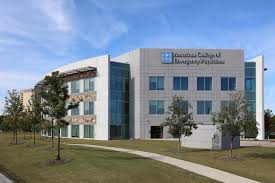 Statement attributable to:
Robert McLean, MD, MACP
President, American College of PhysiciansWashington, DC (December 11, 2019) — The American College of Physicians (ACP) is appreciative that many of the provisions in the summary of the Lower Health Care Costs (LHCC) Act, as agreed to by the House Energy and Commerce and the Senate Health, Education, Labor, and Pensions (HELP) Committees, will benefit patients by increasing transparency and improving health outcomes, but has significant concerns about the surprise billing provisions included in the legislation.ACP assessed the impact of the LHCC Act based on official summaries of the agreement, and we are encouraged that it supports many important public health initiatives that the College has long advocated for, including:

All of these provisions would make substantial strides in improving health and our health care system for our patients.

While the legislation includes provisions we support, ACP is concerned that the surprise billing provisions in the LHCC Act could destabilize the health care playing field and create barriers to access and to affordability.

We acknowledge that House Energy and Commerce and Senate HELP Committees are engaging in a good faith effort to develop a bipartisan approach that holds patients harmless from surprise bills—and outcome we believe is essential—while seeking to address concerns from physicians, hospitals, and insurers. This process should continue.

While we strongly believe that a system of independent arbitration should be implemented, we’re concerned that the dispute resolution process created by the bill imposes unworkable and unnecessary restrictions on accessing arbitration, since it allows arbitration only for bills above a high dollar threshold and limits how many can be sent to arbitration during a period of time. This, combined with the benchmarking described above, significantly tilts the playing field to insurers at the expense of clinicians and their patients. We also reiterate our recommendation that provisions be added to the LHCC Act to require payers to comply with network adequacy standards similar to those created by the Affordable Care Act.

ACP commends the Energy and Commerce and HELP Committees for crafting a bipartisan agreement consistent with many of our recommendations for improving public health, lowering costs, and introducing transparency. We believe the surprise billing provisions need significant improvement and revision, and urge the committees to continue to work on developing an approach that addresses our concerns about tilting the playing field toward insurers at the expense of clinicians and their patients while ensuring patients are completely held harmless from surprise bills. ACP is committed to working with Congress and congressional leadership on advancing a final package that reflects the recommendations in this statement. ( Source: President, American College of Physicians)

2019 in Review: Progress Across Many Areas of Cancer Research
Changed lifestyle adversely affecting fertility in both men, women: Experts
Comment