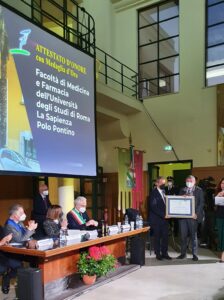 Latina, Italy 28 March, 2022: An attentive and participatory public attended last April 25, at the Duilio Cambellotti civic museum of Latina, at the delivery of the International Prize for the Prevention of Tumors, IX edition, announced by the LILT Provincial Association of Latina, chaired by Dr. Nicoletta D’Erme, supported by scientific commission chaired by prof. Domenico Francesco Rivelli, the Municipality of Latina and the provincial administration. The singing of the national anthem, after the opening of the proceedings entrusted to the president of “Donna Più” Annamaria De Cave, thrilled all those present, giving the right cut to one event of high scientific value and great social impact.

The Award, started in 1990 and reached the ninth edition, turns the spotlight on prominent personalities from the academic and research world but also to those entities and Associations that put insights on oncological services and initiatives at the service of the community. Already from the logo of the event, the world with an arrow pointing upwards, was wanted testify the value of a LILT Award “social arm of the Latina Oncology Center” that look constantly to prevention as an effective weapon to defeat cancer and protect people.

The president of LILT Latina, in the inaugural address, thanked all the participants remembering the particularity of the edition of a Prize that, falling on the centenary of the national LILT, he wanted reward this institution, the “LILT family” with its 106 provincial associations, the 400
clinics, thousands of volunteers and a great captain. 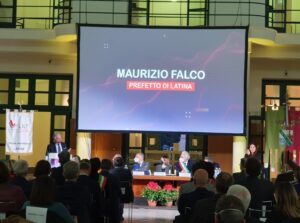 An “Award to the network and to the synergies indispensable for defeating cancer”. Even the Certificate of Honor with a gold medal given to the university for the synergy with the ASL and the LILT served to underline that this winning agreement has produced undeniable results. The
speech for the Attestation to the artist Tiziano Ferro who helps LILT to flood the territory with messages on the importance of prevention. Mayor Damiano Coletta underlined the work that LILT does daily in the area, on a health and socio-cultural level.

LILT with its volunteers carries out a important role that drop after drop brings unquestionably important effects from the point of view of awareness that prevention must be a way of life. With knowledge and awareness we are dealing with the disease that until a few years ago we did not even dare to pronounce. Represented byProvince and Region, dr. Enzo De Amicis and the Councilor Dr. Enrica Onorati, reiterated their applause to an association that works with foresight and meticulousness. The Award is an excellence appreciated at a level international that in this ninth edition wanted to “reward the team” for knowing how to stay together in order move forward in the choices to be made and in the synergies to be put in place. 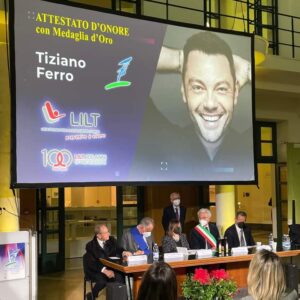 The coordinator of regional LILT and creator of the Award, Dr. Alfredo Cecconi, recalled the reasons that led to renew it. Statute of the Italian League for the Fight against Cancer underlining that the fundamental point from pursuing is the prevention that prevents many people from getting cancer. The moderator of the meeting,the writer, Professor Stefania De Caro, then introduced the interventions starting with the Director of the ASL of Latina dott.ssa Silvia Cavalli already awarded by the national LILT for having created a Company Deed which has had the recognition of all, Mayors, Bodies, Institutions and Associations of the province for his social value.

The Director recalled the importance of LILT in the area with her presence continuous and supportive to the ASL and the value of the two PDTAs put in place by the Company Breast Unit,
awarded with gold medal. Two PDTAs that are unanimously considered the result of a continuous,
far-sighted and profitable agreement between the ASL and the University of which the Director Cavalli with prof. Della Rocca is one undisputed protagonist. An agreement as underlined by the Director: “which allows so many women who do sick of being taken in charge and accompanied even beyond diagnosis and intervention surgical”.

The professor. Carlo Della Rocca, bringing the greetings of the Magnificent Rector of the Sapienza University of Rome, Professor Antonella Polimeni, recalled the commitment of the Sapienza University – Polo Pontino, in collaborate with the ASL, the local authorities and the voluntary service that – she said – “welcomed the training courses, investing and teaming up. “H.E. the Prefect of Latina Dr. Maurizio Falco re-launched the importance of having common goals and not stopping when they are achieved, because the advancement of knowledge reduces fears and defeats monsters. The risks, the threats of the complex contemporaneity require us to do
network, helping those left behind. he-said- “Wellbeing and health are aspects that fall within the tasks of Prefectures, just like security and development. Competence and knowledge are civic values ​​and staying together and networking is useful for dismantling divisions and useless contrasts. Network and team as a model of organization, to look to tomorrow with confidence “. 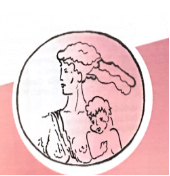 In the second part of the ceremony, Certificates of Honor with Gold medals were awarded. To Titian Ferro (who sent a message of thanks and greeting, while the prize was collected by the little one Giuseppe supporter of LILT). At the Faculty of Medicine and Pharmacy of the Sapienza University of Rome -Polo Pontino for two PDTA on “Taking charge of women with breast cancer at risk hereditary-familial “and on the” Correction of lifestyles in the prevention of relapses and metastases in women operated on for breast cancer “, withdrawn by the Dean of the Faculty prof. Carlo della Rocca who has underlined how these PDTA have grown with the experience gained in Breast and thanked the people who made the development of these paths possible, Prof. Fabio Ricci, the professors Antonella Calogero and Frida Leonetti, the doctors Alba Di Pardo and Roberta Parisella.

To prof. Francesco Schittulli president of the National LILT delivered by Prefect Falco. Great emotion at the time of the withdrawal of the International Prize for the Prevention of Tumors IX Edition, delivered by D’Erme to LILT National, represented by the vice president Concetta Stanizzi and by the representatives of the young Claudia Scipioni and Lucilla Gatta.

At the end of the evening, the lecture by Prof. Francesco Schittulli on: “Prevention is the weapon
winning against cancer. ”Data in hand has shown that cancer remains the leading cause of death in
Italy and that the media attention given to the pandemic in recent years has thrown into panic those who, not to dying of Covid, avoided screening and visits, worsening the quality and quantity of life in the event of the onset of cancer. The diagnoses were later, the interventions more demolishing and less conservative as it is desirable. We must take the situation back in hand so as not to fall back into the mistakes of the past, underestimating prevention and research, therefore investments in health.

In 2021, we had 181,000 cancer deaths – double the number of years before the pandemic. Breast cancer remains the first cancer by incidence and the big killer for women, while it is always difficultcurability of pancreatic cancer. In short, a strong reference to the culture of prevention, of diagnosis precocious and scientific research, the real weapons available to defeat cancer.