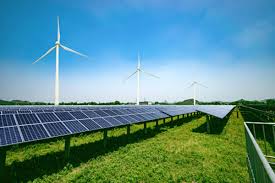 Interest to invest in the Indian renewable energy sector remains strong, though evolving risks
could dampen the flow of investments: CEEW-CEF and IEA study

New Delhi, 6 November 2020: Interest to invest in the Indian renewable energy sector remains
strong, according to a new report on India’s Clean Energy Investment Trends by the CEEW Centre for
Energy Finance (CEEW-CEF) and the International Energy Agency (IEA). 15.3 GW solar PV (including
solar-wind hybrid) was sanctioned in competitive tenders in the first half of 2020 overall,
comparable to the capacity sanctioned over the full year 2019. This was driven in large part by the
exercise of an option in June 2020 by two developers to expand allocations under SECI’s
manufacturing-linked tender, capacities under which were initially awarded in December 2019.
However, equity investor returns expectations rose from around 14 per cent in the first half of 2019
to 16-17 per cent over the second half of 2019 and the first half of 2020. The higher risk returns
expectations are a reflection of heightened risk perceptions stemming from policy and market
uncertainty over potential contract renegotiation by off-takers and the potential imposition or
extension of duties on solar PV imports, further exacerbated by supply chain uncertainties caused by
COVID-19 and delays in the signing of power purchase agreements (PPA) in 2020.
Arjun Dutt, Associate at the CEEW-CEF, said, “The robust market activity in the first half of 2020,
including the participation of a few first-time investors, indicates that India’s renewable energy
sector represents an attractive and resilient investment destination overall. Addressing persistent
risks relating to discom financial weakness, the timely availability of land and evacuation
infrastructure, coupled with recently heightened concerns over sanctity of contracts and uncertainty
surrounding impending trade barriers are essential for unlocking low-cost capital flows at scale. This
will be key for the attainment of India’s renewable energy targets of 450 GW by 2030.”
Lucila Arboleya, Economic and Financial Analyst at the IEA, said, “Interest to invest continued, a very
good sign for the energy transition. However, capital spending is likely to decline in 2020, and
uncertainty is now growing over India’s ability to attract a diverse pool of private finance from
domestic and international sources to affordably meet its ambitious renewable energy targets in the
years ahead.”
According to the study, investor risk perceptions were lower for projects with more creditworthy
counterparties and those with better access to land and timely grid connections. This is indicated by
equity returns expectations for projects with state off-taker utilities, which were 80-200 basis points
(or up to 2 percentage points) higher than those with more creditworthy central government entities
as off-takers. Equity returns expectations were also lower by 20-260 basis points for projects at solar
park sites – which offer a plug-and-play model to developers – as compared to those where
developers themselves make arrangements for land.
Further, the study indicates that the terms of project debt finance remained relatively stable over
the period of analysis, with differences arising mainly due to off-taker risks. Lenders were willing to
extend loans for long tenures (16–18 years) at interest rates of around 10–11 per cent for these
projects. However, lending rates were around 50 basis points higher for projects with
less-creditworthy state off-takers compared to those with central off-takers. In line with the lower
risk perceptions, the study noted a stronger preference for central government entities as off-takers
with project sanctioning shifted strongly towards projects tendered by central government off-takers
over 2019 and the first half of 2020.
1
Land related constraints affected both the solar and wind sector. In the case of solar, challenges in
land availability slowed the development of solar parks – the share of solar park projects in new
capacity sanctioned fell from 54 per cent in 2017 to 7 per cent in 2019. In capacity terms, solar park
projects dipped by 60 per cent from 2018 to 2019. Further, challenges in the availability of land in
wind-resource-rich states, along with limited options for sourcing of equipment amid Original
Equipment Manufacturer financial weakness, have translated into a decline in sanctioned wind
projects from 6.9 GW in 2018 to 2.9 GW in 2019. No wind projects were sanctioned in the first half
of 2020.
The study also found that the market concentration of developers sanctioning new solar PV and
wind capacity remained high over the course of 2019 and the first half of 2020—edging up for solar
PV and down for wind.
The study ‘Clean Energy Investment Trends’ can be accessed here.
About CEEW-CEF
The CEEW Centre for Energy Finance (CEEW-CEF) is an initiative of the Council on Energy,
Environment and Water (CEEW), one of Asia’s leading think tanks. CEEW-CEF acts as a non-partisan
market observer and driver that monitors, develops, tests, and deploys financial solutions to
advance the energy transition. It aims to help deepen markets, increase transparency, and attract
capital in clean energy sectors in emerging economies. It achieves this by comprehensively tracking,
interpreting, and responding to developments in the energy markets while also bridging gaps
between governments, industry, and financiers.

NFT digital artwork by humanoid robot Sophia up for auction

Mathematics Gallery to be setup at Science City

PM interacts with industries, startups and academia from Space sector