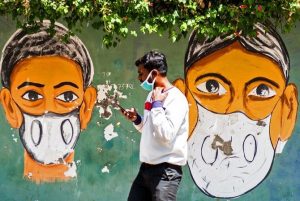 MUMBAI 4 April 2021 – India’s daily coronavirus infections hit another record on Saturday for the highest tally since September, while daily deaths reached a five-month high, a Reuters count based on data from the health ministry showed.

The south Asian nation recorded 89,129 new infections and 714 deaths, the ministry said. That was the biggest single-day rise since September 20 last year and the most deaths since October 21, according to a Reuters tally.

Infections have surged in India since the beginning of March, with its richest state of Maharashtra, home to the financial capital of Mumbai, the worst hit.

Late on Friday, the state’s chief minister warned of a full lockdown to curb infections if people did not limit their movements.