Indian Register of Shipping (IRClass), an international ship classification society, has won a contract to provide classification services for a fleet of Fast Patrol Boats & Landing Craft Assault (LCAs) currently under construction for the Indian Army. 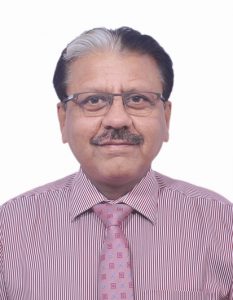 The Indian Army placed an order on Goa Shipyard Ltd to build 12 Fast Patrol Boats in January this year. These boats will be deployed for surveillance and patrolling of large water bodies, including those in high altitude areas like Pangong Tso lake in Ladakh. The boats are expected to be delivered by May 2021.

IRClass is also certifying 17 No. high speed Landing Craft Assault (LCAs), for the Indian Army, which are already under construction at Aquarius Shipyard, Goa. These crafts are also being built for high altitude, low temperature specialized operations.

Head of IRClass Defence Division, Cdr KK Dhawan (Retd.), said: “Indian Register of Shipping is proud to extend its classification services now to the Indian Army. IRClass will be approving the design and certifying the construction of 29 units of Fast Patrol Boats and LCAs which are being constructed by Goa Shipyard Limited and Aquarius Shipyard respectively. This affirms IRClass’ commitment to the Indian defence industry and reflects the confidence of Defence customers in the capabilities and competence of IRClass.”

IRClass is also engaged in providing its services to other paramilitary and government services, including the Indian Coast Guard, Border Security Force (BSF), National Disaster Response Force (NDRF), State Police Departments amongst others.