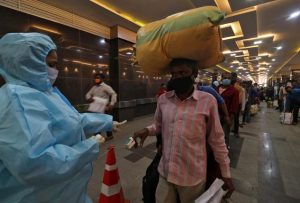 More than half came from the western state of Maharashtra, India’s richest and home to its financial capital of Mumbai, which reported a record high of 8,807 cases on Wednesday.

India’s tally of 11.05 million infections is the world’s second-highest after the United States, and daily numbers are rising again after a lull in the last few months.

Boeing working with regulators, customers on the return of 737 MAX in Asia
Cabinet approves Production Linked Incentive Scheme for IT Hardware
Comment