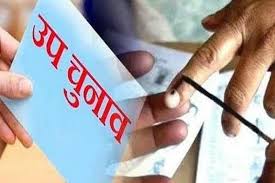 Chandigarh, September 29,2020: The Election Commission of India has today announced the bye-election schedule to fill the vacancy in Baroda Assembly Constituency in Haryana. The model code of conduct has come into force in the region as soon as the bye-elections are announced.  Polling will be held on November 3, 2020.

The Commission has decided that voter identification will be mandatory at the time of voting in this bye-election.  The Electoral Photo Identity Card (EPIC) will be the main document of the voter’s identity.  However, in order to ensure that a voter is not deprived of their franchise, if their name is mentioned in the electoral rolls, then they can exercise their franchise by using 11 alternative photo identification documents as prescribed by the Commission.

The Model Code of Conduct will come into force with immediate effect in the district in which the whole or any part of the Assembly Constituency going for election is included. The model code of conduct will also apply to all candidates, political parties, the state government and central government also.