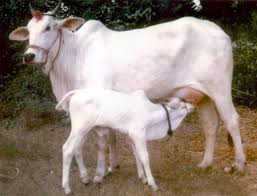 Shimla- Chandigarh:  Himachal Pradesh first Gokul Gram under the Rashtriya Gokul Gram Mission will come up at village Thana Kala in Una District on approximately 15-01-70 hectare land presently being owned by ‘Go Seva Aayog’ where cattle sanctuary for non-productive animals will be set up. This was informed by Animal Husbandry Minister Virender Kanwar here today.
He said that a sum of 995.1 lakh has been sanctioned by the Govt. of India and a sum of Rs. 778.64 lakhs has been received under this Project. The project will be implemented by Himachal Pradesh Livestock and Poultry Development Board (HPLPDB). The Gokul Gram will be established by the HPLPDB in association with the State Animal Husbandry Department, H.P. 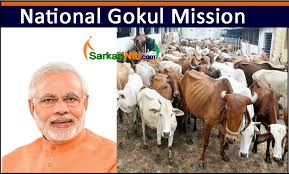 Virender Kanwar said that the  Gokul Gram will have the capacity to house about 500 cows of  indigenous breed like  Red Sindhi, Sahiwal, Tharparkar, Gir and especially of the native Desi Cattle of Himachal Pradesh. The ratio of animals to be procured of indigenous breeds will be decided on the basis of their availability in the breeding tracts. The Minister Said. Out of the total 500 cows, 60 percent would form the productive population, whereas 40 percent would be from the unproductive group. The breeding would be done with elite semen of respective breeds avoiding crossbreeding so that purebred lines are maintained.  There would also be quarantine sheds at the Gokul Gram, he said.
Cow urine distillate will also be sold to medicine manufacturers. Innovative products made from Cow dung like hand-made paper, mosquito repellents, heat resistant roofing tiles, dry and oil bound distemper, plant pots, etc will be promoted and manufactured in Gokul Gram. Cow urine will be converted into bio-pesticide and biofertilizers and the same will be used in the Gokul Gram and excess will be sold in the domestic market.
Bio compost will be created to improve the fertility of the soil. A  biogas plant will be set up for the production of electricity from biogas for in-house consumption of Gokul Gram. The Productive animals of high genetic merit will be purchased by HPL&PDB from the breeding tract of indigenous breeds as well as from organized Government Farms    the minister said
“Gokul Gram”- is being established under the Rashtriya Gokul Gram Mission with the objective of conservation, propagation and development of indigenous bovines in the country.
Animal Husbandry Minister said that the Gokul Gram will be made as a self-sustained unit through various economic activities with the help of Scientific Resource Management and Professional Farm Management.  Economic returns from the sale of milch, dry cattle as well as the monetary value of animal products at every stage- of both productive and nonproductive cattle – is central to the success of the Gokul Gram and its sustainability will be ensured.
The resources will be generated through the sale of basic and value-added animal products like qualityA2 Milk, Milk products, variable uses of animal raw by-products like urine and cow dung which will be utilized as ZBNF inputs for use in farms of Department as well as farmers. The high genetic merit livestock produced in Gokul Gram in the form of bulls, heifers and calves will be sold to farmers, breeders and Institutions.