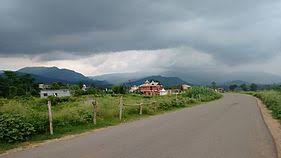 CHANDIGARH—Given the topography of Himachal Pradesh, there is heavy dependence on pucca roads which has been neglected by the successive governments either in the State or at the Centre for the past sixty years. It not only stopped the growth of the state but also severely impacted the lives of people as a whole.

In the recent past, the scene has completely changed if the progress of road construction in the state is of any indication. Prof Prem Kumar Dhumal, the former chief minister is also known as ‘road CM’ has taken road connectivity in a big way. Then each government has become increasingly aware of the important contribution of roads in the state’s growth and game-changer in people’s life. 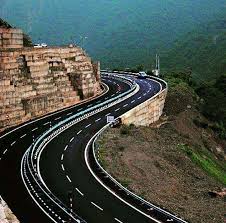 In district Kullu, 87.21 percent village has been connected with roads followed by district Hamirpur (71.91 percent) and Sirmour (71.12 percent) villages.

A survey has been conducted by the state government revealed that around 43 percent of main users and 30 percent of vulnerable users of roads were found satisfied with the adequacy and visibility o road signs. It was also found that though the users have satisfied with the availability of public amenities but lacked in medical facilities, rain shelter, but stops and parking facilities.

Recently, the government of India, the government of Himachal Pradesh and the World Bank signed $ 82 million loans for the transformation of the state roads network. The project aims at improving the condition, safety, resilience and expansion of the road network in years to come.

Sameer Kumar Khare, Additional Secretary, Department of Economic Affairs, Ministry of Finance, Government of India said that the economic growth of any region was closely linked to its road infrastructure. The mountainous state of Himachal Pradesh with its rich horticulture and tourism potential requires well-constructed, well connected, climate-resilient and safe roads. This project will help the state develop reliable, resilient and safe roads that were crucial for rural prosperity.

WAP seeks global ban on all types of wildlife trade in a open letter to UN body.