Home » Himachal all set to TB-free state in the country by 2021. 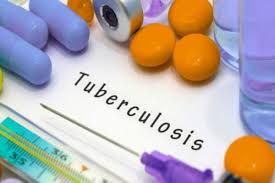 HAMIRPUR (HP)–Tuberculosis is one of the oldest killer diseases that is still existing in modern times and so far has claimed millions of lives yet today remains more persistent and deadly than the COVID 19. Himachal government has set the target to achieve the distinction of first TB-free state in the country by 2021. The state has been ranked third in the eradication of TB across the country. Hence, it has all the trappings of a paradox but not the one that defies an answer. Even state is known for its salubrious environment conducive to all kinds of cure is marshalling every resource at its command to take head-on-the age-old enemy of tuberculosis. But fresh cases keep cropping up at a more or less matching pace. According to statistics, Himachal Pradesh is losing over 500 lives annually due to this deadly disease. But its deduction rate and the cure rate is above the desired national level.  Hamirpur was the first district to implement RNTCP in 1995 followed by Kangra, Dharamshala and Mandi in 1998. By 2002, the entire state was brought under the ambit of this programme. Official data confirms that the state has been adjudged among the top bet performing states/UTs in the country with 87 per cent cure rate of new smear-positive (NSP) patients and has 89 per cent success rate. The state has been achieving this distinction since 2005.

The official of the health department has stated that to achieve TB-free status by 2021, the state government has launched ‘Mukhyamantri Kshay Rog Nivaran Yojna’ under which 12 district centres, 72 units, 208 microscopic centres for TB were have been set up and more such Centres were in the pipeline. He further revealed that a sum of Rs 15.79 crore has been proposed for this fiscal to fight TB.

The death rate of TB patients which was 26 per decade ago has now been reduced to less than four per cent lower than the national average of six per cent. In the recent past, efforts have been intensified to minimize initial defaulters and emphasis is being given to counselling the patients to that they are motivated for early initiation of treatment. Door-to0door screening campaigning has been extended to eight more districts in 2017 besides, NGOs, MPs and MLAs have been sensitized about the programme and department has taken all the steps to make the state TB-free.

At least 100 deaths are reported from Himachal Pradesh’s Kangra district alone out of 550 drug-resistant TB cases in the state in the year 2017 which reveals the death due to this disease in the state are more than swine flu, jaundice, dengue and scrub typhus combined together. India tops the list of countries with the highest number of TB cases reported from all over the world with an estimated 27 lakh patients and around 4.1 lakh deaths last year

Revealing the condition in the State it is stated that the state has recorded high notification of 24 lakh (12 per cent increase) in 2019 compared to 2018. In 2017 it has notified 16,451 patients of which 736 were from the private sector. It is also revealed that one in five multi-drug resistant (KMDR) tuberculosis patients put on treatment in the public sector were lost to follow-up (LFU). This means that they either did not start treatment or their treatment was disrupted for more than two months.

The government has recently announced monthly nutritional support of Rs 500 for all TB patients as well as the use of information technology for monitoring the programme . Such effort seems to be paying dividends.