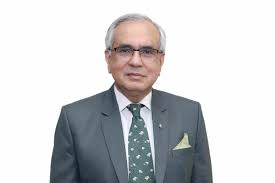 Healthcare has taken centre stage due to an unfortunate pandemic that has devastated lives and livelihoods across the globe. Although India has performed relatively better on Covid-19 management, even compared to countries with highly developed health systems, the impact of the outbreak on the society and economy is undeniable. Against this backdrop, the Union Budget 2021–22 was eagerly awaited and the announcements for the health sector, in particular, have been widely discussed.

It is important to view the Budget in the context of the various Aatmanirbhar Bharat Abhiyaan packages announced by the Government of India, which also include several short-term and longer-term measures for strengthening the health sector. Production-Linked Incentive schemes have been announced for boosting domestic manufacturing of pharmaceuticals and medical devices. Mission Covid Suraksha has also been launched to promote the development and testing of indigenous vaccine candidates. At least 92 countries have approached India for the Covid-19 vaccine, thus bolstering the country’s credentials as the vaccine hub of the world. Further, to ensure food and nutrition security for the poor and vulnerable during the Covid crisis, the Government of India launched the Pradhan Mantri Garib Kalyan Package for providing free food grains to 800 million people. The ‘One Nation One Card’ scheme has already been implemented by 17 States for enabling beneficiaries, especially 130 million migrant workers and their families, to access subsidized grains from anywhere in the country. Other States are following suit.

With respect to the “padding” of the health budget with allocations for water, sanitation, nutrition and clean air, as pointed out by some commentators, it is important to appreciate that the presentation of a combined ‘health and well-being’ budget, which sets the tone for greater integration of these areas, is in fact a welcome step. National Health Policy (NHP), 2017, highlights the close links between health, water and sanitation. This year’s Economic Survey too recognizes that improvements in access to bare necessities like water, sanitation and housing are strongly correlated with progress in health indicators.

The substantive allocation for the newly launched Jal Jeevan Mission (Urban) is especially commendable as access to adequate, good quality water supply has major positive externalities for the health sector. A report released by the Johns Hopkins Bloomberg School of Public Health in 2019 suggested that nearly 1 out of every 100 Indian children do not live to celebrate their fifth birthday on account of either diarrhoea or pneumonia. Suboptimal access to clean water and sanitation is directly linked to diseases like diarrhoea, polio and malaria. Moreover, water contaminated with heavy metals like arsenic increases the risk of developing heart ailments and cancer.

Another important public health related announcement in Budget 2021 was the government’s decision to expand the coverage of the pneumococcal vaccine across the country. Pneumococcal pneumonia is a major killer of children under the age of 5 years. Once universalised, this indigenously developed vaccine could save up to 50,000 lives annually. The Finance Minister has also made a special allocation of Rs 35,000 crore for the Covid-19 vaccine in 2021–22, which could be increased if required. India has already delivered 6 million doses of the vaccine to healthcare and frontline workers thus far—the fastest vaccination drive in the world.

The priority accorded to capital expenditure through the launch of the PM Aatma Nirbhar Swasth Bharat Yojana (PMANSBY), is also a much-need step. Capital expenditure has historically constituted only a small percentage of the overall health budget, with the majority of funds going towards salaries and administrative costs. Further, PMANSBY emphasizes health system strengthening at all levels, including establishing integrated public health laboratories and institutes of virology. This is crucial as experts have repeatedly highlighted the need for enhancing disease surveillance and diagnostic capabilities to better prepare for disease outbreaks. Additionally, the emphasis on expansion of health and wellness centres under PMANSBY—together with a Rs. 13,192 Crore Finance Commission grant for strengthening the primary health system through local government bodies—is also noteworthy.

Another point of discussion in relation to the health budget is the stagnant allocation for the Pradhan Mantri Jan Arogya Yojana (PM-JAY), a flagship scheme launched by the government in late 2018 as part of the Ayushman Bharat initiative. Despite being a relatively new scheme, the Economic Survey estimates a 20% decline in infant mortality rate between 2015–16 and 2019–20 in States that adopted PM-JAY, compared to a 12% decline in States that did not. It is important, therefore, to persist with this highly ambitious scheme and accelerate its roll out as the States’ absorptive and governance capacity improves.

A less talked about aspect of the health budget is the nearly 40% hike for the AYUSH Ministry. The pandemic has catalysed a behavioural shift in favour of preventive care, holistic health and wellness. There is considerable potential for promoting Ayurveda and Yoga as well as integrative healthcare approaches in the post-Covid scenario, especially for stress reduction and management of chronic diseases.

Undoubtedly the budgetary allocation for health needs to be further ramped up significantly over time. We also have to ensure adequate funds for critical and closely linked sectors like nutrition, water and sanitation. The onus of increasing health spending, however, does not lie with the Centre alone but also with the States. In fact, as elucidated in National Health Accounts 2017, 66% of spending on healthcare in India is done by States. It is imperative, therefore, that States increase expenditure on health to at least 8% of their budget by 2022 as recommended by NHP, 2017 and the 15th Finance Commission.

The health sector has found a prominent place in the government’s agenda over the last few years, with the implementation of a series of well-thought-out and carefully sequenced reforms. While much remains to be done, Union Budget 2021–22 has laid a strong foundation for increasing the resilience of the sector in the post-Covid era and achieving Universal Health Coverage by 2030 as part of the Sustainable Development Goals agenda.