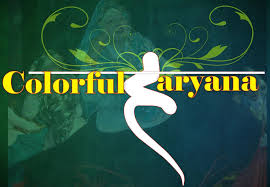 CHANDIGARH, FEBRUARY 2,2020:  ( By YS.Rana ): Haryana has shown the way, this time in per capita net State Domestic Product (SDP) leaving others, including its big cousin states, straddling way behind. In what amounts to a pat on the back of the state government, Haryana has ranked first in SDP in the country. It is revealed in the Economic Survey 2019-20 released on Friday.

Disclosing this here on Friday, the government official said that with per capita net SDP of Rs 2,26,644, Haryana stood much ahead of neighboring states like Punjab whose per capita net SDP stood at Rs 1,54,598 compared to Himachal Pradesh’s Rs 1,79,188 as on August 1, 2019.

It further states that among the other bigger states which have per capita net SDP close to Haryana are Karnataka (Rs 2,10,887); Telangana (Rs2,05,696); Tamil Nadu (Rs 1,93,750) and Andhra Pradesh (Rs1,64,025). It is also stated that data for Jammu and Kashmir and Chandigarh including some other bigger states like Gujarat and Maharashtra was not available in the Economic Survey report.

Haryana not only in case of not only per capita SDP but at 11.5 percent is also among the better performing states with regard to the growth of per capita net SDP accounting to the survey report. Notably, West Bengal (16.8 percent); Andhra Pradesh (14 percent); Telangana (13.8 percent); Tamil Nadu (12.9 percent) and Sikkim (12.8 percent) have performed better than Haryana in growth.

While speaking on the survey report, the chief minister of Haryana,  Manohar Lal Khattar said that it was due to slew of initiatives taken by the Haryana government towards improving ease of doing business, laid emphasis on the improving law and order in the state and brought policies friendly to industry in the past over five years.

He further claimed that the state government has evolved systems and formulated policies which attract industry to the state that consistently making the ascending graph. He gave credit to the industry-friendly environment provided by the government has made the state best destination for industry