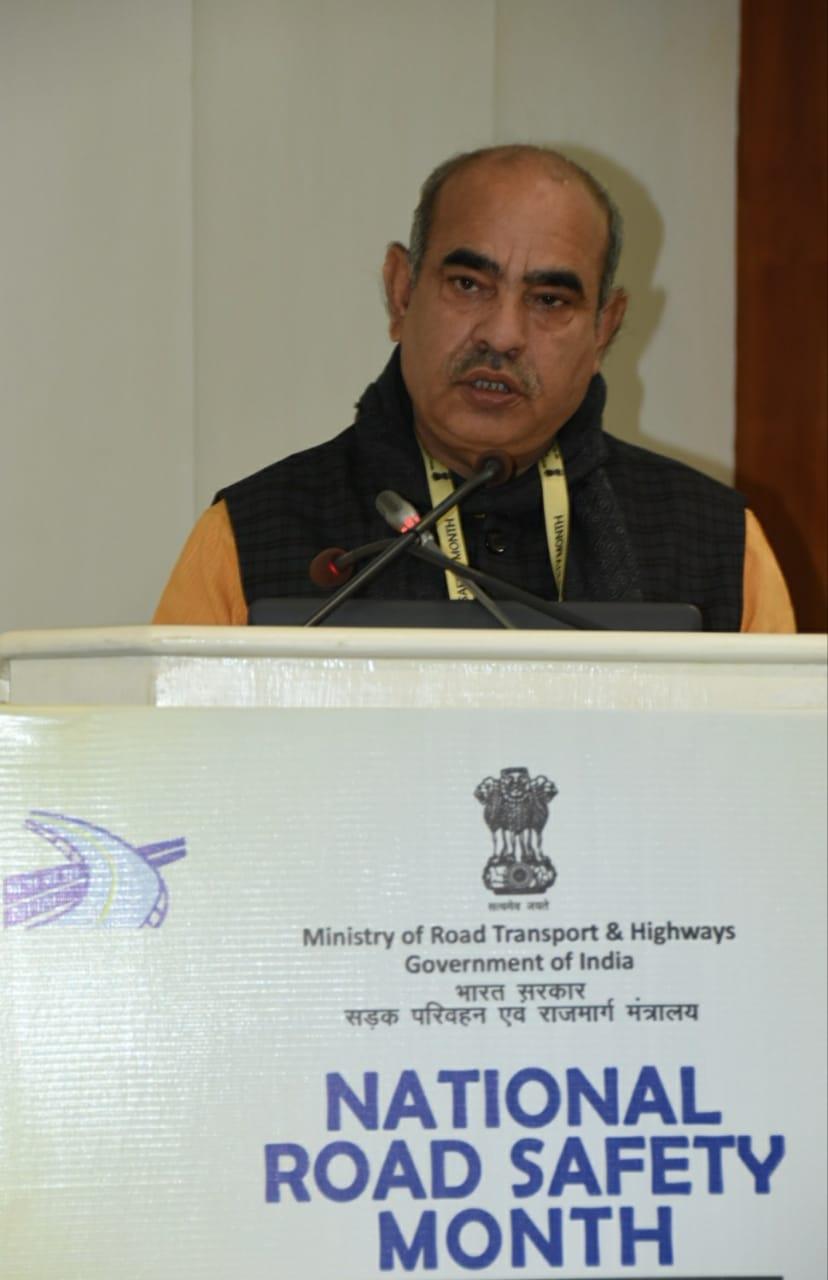 Chandigarh, January 19, 2021:  Haryana state has witnessed a decrease of 16 per cent in road accidents in the year 2020 as compared to the year 2019.  The number of deaths in road accidents has also decreased by 12 per cent.
This information was shared by Haryana Transport Minister,  Mool Chand Sharma in his address during the 40th meeting of Transport Development Council organised by the Union Ministry of Road Transport and Highways in New Delhi.
He said that Haryana has been consistently working towards reducing road accidents for which Transport Department, Police Department, Public Works Department and Health Department are making conjoint efforts.
Mool Chand Sharma said that a total of 34 trauma centres have been set up in the state on National Highways and State Highways.  Sharing more information he said that portable load weighing devices have been provided in the districts of the state to keep a tab on overloaded vehicles and three Driver Training and Research Centres have been established in Haryana. Besides this, nine Research Centres are being set up in the state. Also, one Inspection and Certification Centre is functional in the state and six Inspection and Certification Centres will be set up.
The Transport Minister said that special guidelines are in place for necessary precautions to prevent infection of COVID-19.  A total of 2,176 Haryana State Transport buses are being operated with full capacity since November 26, 2020 in Haryana.  Out of these, a total of 960 buses are being operated in various states- Uttar Pradesh, Rajasthan, Uttarakhand and Himachal Pradesh.

It is noteworthy that “National Road Safety Month” is being organised by the Union Ministry of Road Transport and Highways from January 18 to February 17.  The Transport Ministers of States participated in the 40th meeting of the Transport Development Council held on Tuesday under the Chairmanship of Union Minister of Road Transport and Highways,  Nitin Gadkari at Vigyan Bhawan in New Delhi under ‘National Road Safety Month’.

Union Minister of State for Road Transport and Highways, Dr. V.K. Singh was also present at the 40th meeting of the Transport Development Council. The details of the work being done by the Transport Ministers of the states with regard to road safety was shared during the meeting.