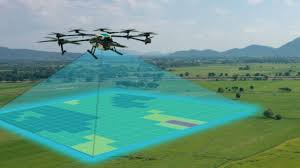 CHANDIGARH– Records of around 10 lakh properties of Urban Bodies Haryana was not available. Sharing this Anil Vij, Minister for Local Bodies disclosed. He further said that the income of Municipal Corporations and Municipal Councils would be increased after the survey as the records of 10 lakh properties falling under 85 urban areas were earlier unavailable. Thus, prior to the survey between the years 2014 – 2015, there were 29 lakh properties in the urban areas and the figure has now increased to 39. The increase in the number of properties would, on one hand, boost the income of the Urban Bodies, on the other hand, this additional income will be used to maintain drains, sewerage, roads, park, and parking and ensure hygiene.

He further stated that the uses of the portal the department have digitized the data pertaining to properties of 40 cities. He further added that neither the Urban Local Bodies was aware of the actual use of the property nor the owner of the properties had information regarding the details of the property mentioned in the Municipal Corporation or Municipal Council like the details of the outstanding tax. Thus, several times the tax was demanded arbitrarily or when someone requires a No Objection Certificate (NOC) then the person was apprised about the huge sum of tax payment outstanding against the said property. Subsequently, the property owners had to make rounds of the office of Urban Local Bodies. With the launch of this portal, people will no longer face such problems.

Properties of all cities to be digitized

Vij further said that the state government aimed at digitizing the properties of all the cities. A survey of 88 Urban Bodies in this regard is about to be completed. He said that on the spot survey of properties of around 39 lakh families residing in cities of the state has been completed. Divulging more details he said that in the first phase data of 9.25 lakh properties of 40 cities has been digitized. The online data of these properties are available with geo-tagging along with the name, address, area, mobile number, category, ID number and photograph of the owner.

The families residing in these cities will not have to visit the government offices regarding registry of their shops or residential properties, NOC, or tax of their properties, instead, they can now access this information by entering the area and category of their property as the photographs and description of the properties is available online.

Among other benefits, the residents of these cities will be able to access the nearest landmark along with the photograph, description and drone image of their property as it has been geo-tagged by just clicking on the portal. Henceforth, due to ‘Ekal Sampatti Id’ (Single Asset ID) depositing bills and tax of HUDA, HSIIDC, Electricity and Water Departments along with several other Departments will be simpler in the future.

Details of property can be amended online

He said that if any detail regarding the name of the owner, address, area, category of the property is wrongly mentioned on the portal it can be corrected within 30 days by visiting the website www.pmsharyana.com free of cost. The suggestions given by the property owners will also be corrected in the record after verification. From the next financial year, the notice of property tax will be issued on the basis of this data.