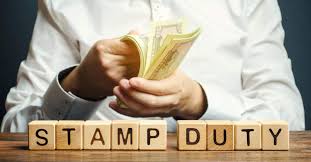 Chandigarh– Haryana Minister of State for Archaeology and Labour and Employment, Anoop Dhanak said that the State Government’s decision to reduce stamp duty from Rs. 2,000 to just Rs 100 will certainly help in reducing the economic burden on the farmers’ pockets.

Anoop Dhanak said that even in the hour of crisis, farmers are dedicatedly working to ensure that there is enough food production for the country. Keeping this in view, safeguarding their interest becomes the topmost priority of the State Government.

He said that the State Government led by Chief Minister, Manohar Lal and Deputy Chief Minister, Dushyant Chautala is taking many important steps in the interest of the farmers of the state so that they can become an important link in the ‘Atmanirbhar Bharat’ scheme. He said that the State Government has taken a big decision in the interest of farmers to reduce the stamp duty and said that this will provide a big relief to lakhs of small farmers of the State.

Dhanak said that earlier, every farmer had to pay Rs. 2,000 as stamp duty to take loans from cooperative and government banks. There had been a long-standing demand by the farmers to reduce this stamp duty, which has now been fulfilled by the State Government.

He said that earlier the interest-free loan facility was available only on loans taken from cooperative banks and the limit was Rs 1.5 lakh. But the present State Government has decided that the facility of interest-free loans will also be provided to those farmers who take crop loans of up to Rs 60,000 per acre, or a maximum of Rs 3 lakh from any nationalized bank or cooperative bank.

He said that farmers can avail the benefit of this facility by repaying the loan on prescribed time, by declaring all cooperative loans taken by them on the ‘Meri Fasal-Mera Byora’ portal.