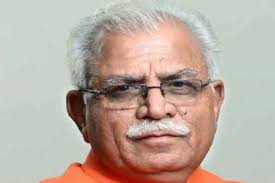 Chandigarh, January 22, 2020: During the second session of a two-day orientation program organized for the members of Haryana Vidhan Sabha, held in Haryana Vidhan Sabha, late yesterday evening, the MLAs of ruling as well opposition parties were informed about the legislative and budget process in detail.

The program was attended by Chief Minister Manohar Lal, Haryana Vidhan Sabha Speaker,  Gian Chand Gupta and Leader of Opposition Bhupinder Singh Hooda and MLAs of the ruling party and the opposition.

While, members of Parliament,  Dharmveer Singh, Brijender Singh and DP Vats were also present on the occasion.

Speaking on the occasion, Director Lok Sabha Secretariat, Vinay Kumar Mohan gave detailed information on various issues namely quorum, voting, the introduction of the Bill and discussion on the Bill. The MLAs were also informed about the proceeding of the Vidhan Sabha and budgetary process.

Vinay Kumar Mohan said that the most important function of the legislature is to make laws and making amendment in the laws. He said that it is very important that every member should have a proper understanding of the quorum because the seating of any member will not be considered valid if they do not have the understanding of quorum.

After this, a Bill is tabled in the House and the Speaker asks the members to give their opinion in yes or no, at that time any member of the opposition can even demand the voting of the same.

He said that every bill has its objectives and reasons. If this description is not given in the bill then, it will be considered as an irregularity. Similarly, every bill also has financial Information.

Giving information about the budget process, Vinay Kumar Mohan said that the Finance Minister presents the budget and proposes tax. It is not discussed on the day when the budget is presented.

He said that supplementary demand can also be placed if the expenditure is high or there is no provision at the time of the budget.

The Appropriation Bill is brought after all demands have been placed, discussed and passed. Finally, the budget process is completed after the Finance Bill is passed.