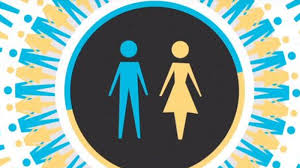 Chandigarh--Enhancing the sex-ratio of the state from 871 girls for
every 1,000 boys in the year 2014 to 922 girls in 2020 despite the
crisis of COVID-19 pandemic, the state of Haryana has protected the
lives of 30,000 unborn girl child in a span of six years of which
8,000 were saved in 2020.
In the period of six years, the State Government took
numerous steps to curb the menace of female foeticide like large scale
awareness programmes, formulating Teams to identify Centres indulging
in illegal sex-determination of the foetus and illegal abortions and
registering FIRs against the offenders. Other than incentives to those
sharing information about violations of the Pre-Natal Diagnostic
Techniques (Regulation and Prevention of Misuse) PNDT Act and
conducting sting operations along with inter-state and intra-state
raids.
Appreciating the outstanding achievement despite various
limitations,the Chief Minister, Manohar Lal congratulated all the
Deputy Commissioners, Stakeholder Departments and Officers and staff
of Health, Police, Prosecution, Women and Child Development
Departments, Food Drug Administration, Civil Societies and NGOs whose
commitment and dedicated efforts has helped the State to achieve the
good results of increasing the sex ratio and setting an example for
the other states. Sharing the future targets, Manohar Lal said
that we have set a target to achieve a sex ratio of 935+ during 2021
which will be accomplished by continuing the fight against female
foeticide.
Divulging details in this regard, Nodal Officer ‘Beti
Bachao, Beti Padhao’ Programme, Dr. Rakesh Gupta said that the main
the objective of the state government is to ensure a visible decline in
the incidence of female foeticide which will result in enhancing the
sex-ratio of the state.
While COVID-19 pandemic acted as a damper in the year
2020, the campaign gained momentum in August last year (2020) and a
total of 100 FIRs was registered in the year 2020 as compared to 77
during 2019. Sharing more details in this regard, Gupta said that
this was possible due to regular massive raids being carried out under
PC-PNDT/MTP Act against illegal PNDT and MTP Centres operating within
and outside the State as well which led to the registration of 100
criminal cases, including around 40 such cases after interstate raids
in Delhi, Punjab, UP & Rajasthan. More than 20 FIRs were registered
after inter-state raids with a maximum of 11 FIRs in Gaziabad, Uttar
Pradesh only.
On the district-wise details of the cases registered under
the PNDT Act, Gupta said that the majority of the districts which
had a low sex ratio of below 900 for decades are now better placed at
a sex ratio of 920+. Twenty out of 22 districts of the State are now
having 900 or 900+ as their sex ratio at birth. Elaborating on it
further he said that Sirsa district with 949 as its sex ratio at birth
which is close to the figure of 950 being considered as an ideal sex
ratio at birth according to Public Health experts. Sharing the figure
of the state he said that a total of 5,37,996 births were registered
during 2020 which includes 2,79,869 female births and 2,58,127 male
births.
Listing out the stringent steps to ensure implementation
of the PNDT Act,Gupta said that apart from awareness programmes,
several sting operations, surprise inspections were conducted in the
state and in the neighbouring states at illegal sex determination
centres, illegal abortion centres which were sealed after registering
an FIR under the PC-PNDT/MTP Act. The efforts made in the last six
years helped in registering more than 840 FIRs, including 225 in
neighbouring states of UP, Punjab, Delhi, Rajasthan and Uttarakhand
and around 3,000 persons were arrested, he added. Besides this, the
State Government started an “informer incentive scheme” wherein a
the reward of one lakh was given to the informer providing information
about the sex determination in any part of the State, which helped in
exposing the gangs of criminals involved in this crime, shared Dr.
Gupta.
Elaborating on it further, Dr Gupta said that in a bid to
nab the criminals running illegal centres across the border, an
exclusive concept of inter-state as well as intra-state raids in
coordination with local authorities under PNDT/MTP Act was implemented
in the State, which has yielded results.
By YS.Rna: Principal Correspondent.

Reflections are here in  Mahabharta, Are we ready to face them?