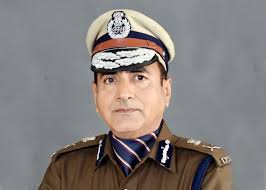 Chandigarh, Nov 26, 2020:  In view of the ‘Delhi Chalo’ march call being forcibly carried out by the farmers’ organizations, Haryana Police today advised the citizens to avoid travelling at entry points from Haryana to Delhi on National Highway No 10 (Hisar-Rohtak-Delhi) and National Highway 44 (Ambala-Panipat-Delhi) as they may face inconvenience and trouble on these routes.

Director-General of Police (DGP) Haryana, Manoj Yadava said that our field units today tried to prevent farmers coming from Punjab from entering Haryana in a restrained manner at the district border points. The police also tried to convince them by establishing barricades. But the agitating farmers not only damaged the police barricades but proceeded by removing all the blockades and obstructions. Acting with restraint, police did not use force on the agitating farmers. On the contrary, the farmers took an aggressive stand and tried to disturb the law and order by pelting stones at the police in many places. In this entire episode, not only a number of police personnel were injured but police and private vehicles were also damaged.

The DGP told that the general public is facing a lot of inconvenience on the routes going to Delhi, especially between Panipat-Karnal, Karnal-Kurukshetra and Kurukshetra-Ambala. He regretted that some anti-social and mischievous elements are also working to damage public property under the guise of the farmers’ agitation. Strict action will be taken against such people as per law, he added.

He also appealed to the farmers to withdraw their Delhi Chalo call in the interest of the state and the nation. He also urged the farmers to be vigilant against those who try to mislead them to grind their own axe.