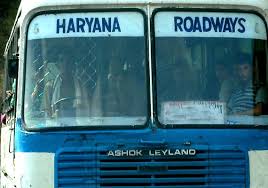 Chandigarh, May 18,2020:  Keeping in view the convenience of the people, the Haryana Government has decided to start bus services on various routes for commuters to travel from one state to another. The state government has written letters to the states of  Uttar Pradesh, Rajasthan, Punjab, Himachal Pradesh , Madhya Pradesh, Uttarakhand, Delhi and UT Chandigarh for seeking their consent to provide travelling facilities to the people.

Giving information in this regard, a spokesperson of the Transport Department of Haryana said that under the new guidelines issued by the Union Ministry of Home Affairs, passenger vehicles and buses have been allowed to run with mutual consent for interstate movement. Keeping this in view, Haryana has proposed to run buses on various regular routes as per which buses will be run from different cities of Haryana to different states.

Sharing more details about the same, an official spokesman said that in the said letter, Haryana has proposed to operate buses on some regular routes.  He said that after getting the permission from the concerned states the inters-state buses would start plying from Haryana. This is just to begin the operation and request for the other routes would be made subsequently, he added.

The Spokesman further said that Haryana Government has also urged the above indicated States/UT  to suggest some of their own routes in Haryana for beginning from tomorrow, i.e from May 19, 2020.