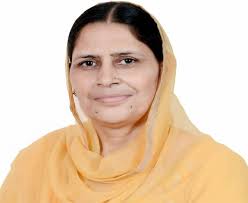 Chandigarh, October 18, 2020:  Haryana Minister of State for Women and Child Development,  Kamlesh Dhanda said that sports players of the state have been bringing laurels to the country as they have been winning medals and excelling in various sports competitions.

The state government has formulated a sports policy under which cash prizes as well as employment opportunities are provided according to the performance and medals won by the player.

The Minister of State for Women and Child Development was speaking as the Chief Guest during the felicitation ceremony at a cricket match organized at Indus Public School, Kaithal today.
Dhanda also announced to grant Rs 2 lakh to Agarwal Vaishya Sabha from her personal funds. During this occasion, she also honored representatives of various social organizations including media persons and former cricketers of the district who have been working as Corona Warriors.
She said that for the progress of players at the primary stage, gymnasiums and stadiums are being constructed at the village level resulting in which the players have been excelling by honing their talent. They have been bringing laurels to the State as well, she added. Young players deserve inspiration from all. Youth should participate in sports along with education, which will improve their physical, mental, and intellectual development as well as health.