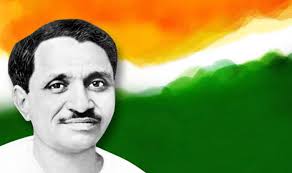 Chandigarh, September 25, 2020:   Haryana Chief Minister,   Manohar Lal said that in the last 6 years while following the philosophy of Pandit Deendayal Upadhyaya, the present State Government is working on the development of every individual and has also tried to curb corruption in jobs and transfers.

Chief Minister said that today is a day of inspiration for all of us. Every citizen is remembering the ideology of Pandit Deendayal Upadhyaya across the country. Pandit Deendayal believed that the society will not develop until the development of poor is done. Therefore, the whole society has to be developed by taking all sections of the society together.

He said that it is a matter of pleasure for him that in the year 2010, the then National President of the party, Nitin Gadkari had assigned him the responsibility of Akhil Bhartiya Antyodaya Cell.

Manohar Lal said that the principle of co-existence says that there should be no distance between people at different levels of society. The greater the distance, the more the jealousy will prevail in the society. He said that there are mainly two ideologies in the world. One ideology is how to bring backward people at par with the rich section of the society and further take them forward on the path of development. We talk to reduce this difference of two classes and enhance affinity. While on other hand, the other ideology works to increase the distance in society. Today, this ideology is ending while world is accepting our ideology.

Referring to an incident showing the simplicity of Pandit Deendayal Upadhyaya, Mr. Manohar Lal said that once Deendayal Upadhyaya got his hair cut from a barber sitting on the roadside. Just then a person passing by recognized him and said that he was getting his haircut done under the tree instead of going to a good salon. On this, Pandit Deendayal said that if he did not get his hair cut done from a good salon than it will not matter to them, but the barber sitting under the tree needs money and If he cuts my hair then this will give him employment.

The Chief Minister said that Pandit Deendayal Upadhyaya was more interested in social work rather than politics. His words inspire us to work in a selfless way. In the last 6 years, while following the ideology of Pandit Deendayal, the State Government has done various works for changing the system. The youth are given jobs on merit basis.

“We have done all this not for votes but to give a message so that people move forward through hard work.” said Chiëf Minister. Due to these works, this time we have gained 3 percent more votes. He said that the State Government has made an arrangement, wherein 5 percent marks are given to those candidates whose family members are not in a government job.  The court also appreciated the decision, saying that there is no better Welfare Scheme than this.

The Chief Minister said that State Government has started an ambitious scheme called Parivar Pehchan Patra (PPP) to assess the economic condition of about three crores population living in Haryana. Under this, the economic status of the people will be verified through local committees. Facilities like education, food and health available to the people will be explored. After this, the left-out families will be identified and will be provided with the above-said facilities.

Manohar Lal said that in a bid to provide health facility to the needy people, Prime Minister, Mr. Narendra Modi has started a unique scheme, under which Government will bear the expenses of up to Rs. 5 lakh.

“We have given the mantra of five ‘S’- Shiksha (education), Swasthya (health), Suraksha (Security) and Swamlamban (Self-reliance) and Swabhimaan (Self-respect). Besides this, along with five S we have to make sure that the Society is patriotic too. We have to convert this crisis into an opportunity so as to make the country and society Atmanirbhar.”, said Chief Minister.

He said that for this, a new education policy has been implemented.  A scheme for skill development of youth has been started so that every youth can contribute in the development of the Nation.

Sanjay Bhatia, Member of Parliament from Karnal and Mohan Lal Badoli, MLA from Rai and others joined the program through a webinar.