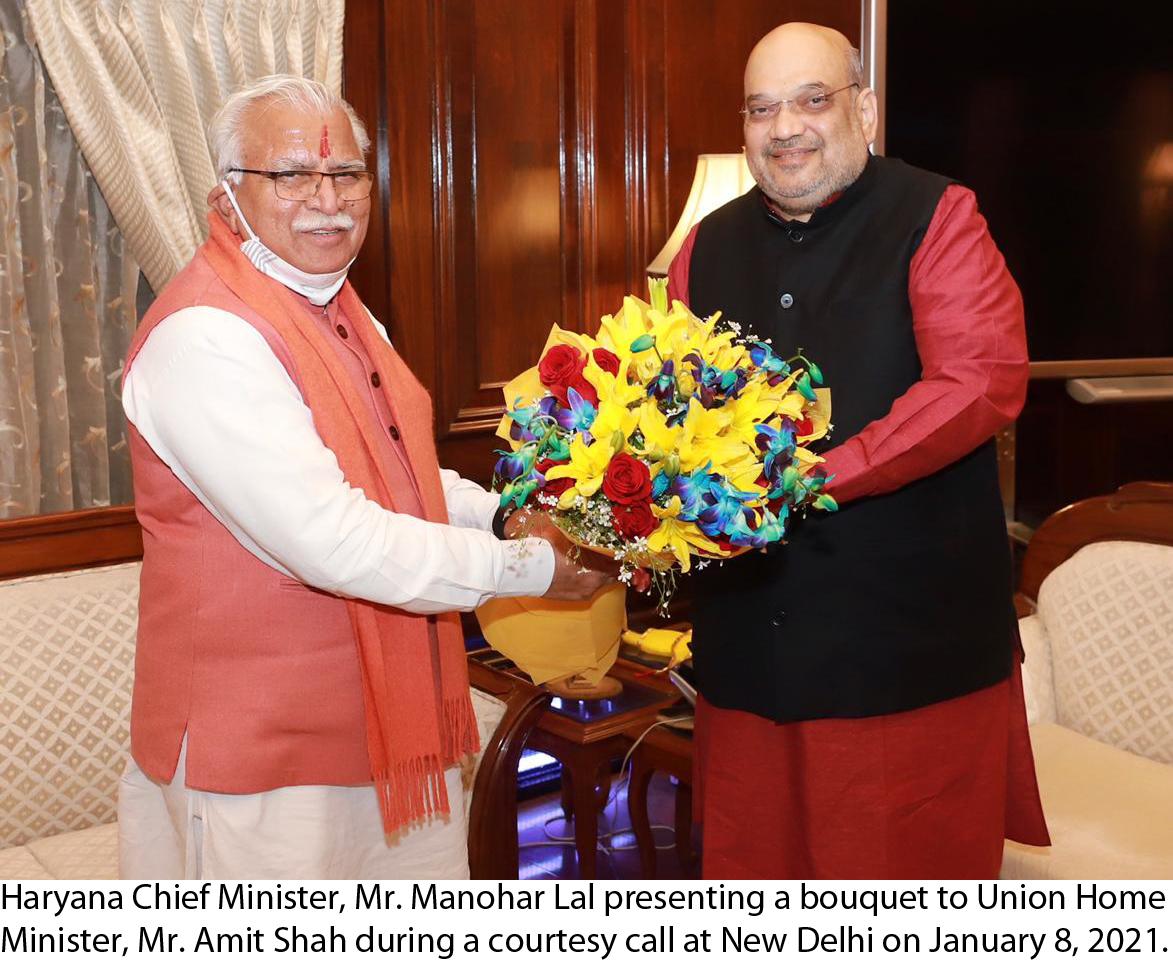 New Delhi, January 8, 2021:  Haryana Chief Minister, Manohar Lal has expressed hope that the demand of various farmers’ organizations regarding the New Farm Acts can only be resolved through the medium of mutual dialogue.
The Chief Minister said this while interacting with media persons after meeting Union Home Minister, Amit Shah late evening in New Delhi today. The Chief Minister said that a solution will definitely be reached through a round of discussions. He said that now when various issues are being discussed together, the possibilities of resolving the matter pertaining to the said acts is now stronger, which is why the plan for the forthcoming meeting has also been fixed.
The Chief Minister said that apart from the three Farm Reforms Acts, there are many other topics on which discussions are also going on.
Responding to a question regarding the demands of farmers’ organizations for repealing of the said Acts, Chief Minister said that if this had been the case then the negotiations would have already ended.
Lipakshi Seedhar: Staff Correspondent.