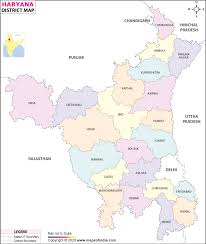 By YS.Rana :
Chandigarh, April 20, 2020: In the review meeting of the mapping of land assets project, Haryana Chief Minister, Manohar Lal has directed the  officials to start the mapping of land assets in the green zones of
Mahendragarh, Rewari, and Jhajjar districts of the State through the Survey of India as per the guidelines issued by the Union Ministry of
Home Affairs during the lockdown period after obtaining the necessary
permission from the Government.
He held the meeting with the Surveyor-General of India, Lt Gen (Retd)  Girish Kumar along with deputy chief minister Dushyant Chautala here on Monday.The Chief Minister also directed the concerned officers to develop a dashboard in coordination with the National Informatics Centre to keep track of the mapping, for which the firstthe phase of the survey has been completed and the Chief Minister will personally monitor it. He also directed to immediately appoint a Director of Land Records and Land Records Officer separately. He said that till the Director is not appointed, Additional Principal
Secretary to Chief Minister, Haryana, V. Umashankar will coordinate with the Survey of India.
It is noteworthy that the Union Ministry of Home Affairs has given permission to the states to carry out industrial and economic activities during the lockdown period with some conditions from April
20 onwards, except in containment zones, and in the first phase, Haryana too has started some activities.
He was also informed at the meeting that data acquisition using drones has been completed in 75 villages of 15 districts, while the process of data collection is underway in Karnal and Sonepat
districts.
A preliminary base map of the population (Lal Dora) has been prepared for three villages in Sonipat, five villages each in Panchkula and Karnal, four villages each in Sirsa and Panipat and five
villages in district Faridabad, he added.
He further said that these 26 villages have invited objections or suggestions and are ready to resolve or settle such objections within seven days. He also said that a District Development and
Panchayat Officer will be designated as the Nodal Officer for the activities related to the Lal Dora region. In addition, a unique ID will be provided to every property or residential land on the lines of
the ID provided for urban areas by the Urban Local Bodies Department, he added.  He said that necessary directions have been issued by the Department of Development and Panchayats in this regard.
In the meeting Chief Secretary, Keshani Anand Arora, Principal Secretary to Chief Minister,  Rajesh Khullar, Additional Principal Secretary to Chief Minister, V. Umashankar, AdditionalChief Secretary and Financial Commissioner, Revenue and Disaster Management and Consolidation Departments, Dhanpat Singh,Additional Chief Secretary, Science and Technology Department, Amit Jha, Additional ChiefSecretary, Urban Local Bodies Department,SN Roy, Principal Secretary, Development and Panchayats Department, Sudhir Rajpal, Deputy Commissioner Panchkula,  Mukesh Kumar Ahuja and other senior officers of Revenue and Disaster Management, Development and Panchayats and National Informatics Centre (NIC) were also present.