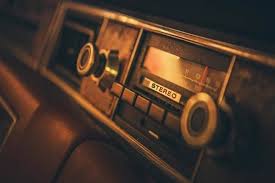 Sharing the main purpose of starting such radio, Arora, said in his address that the main objective of starting Jail-Radio is to promote art, creativity and harmony among the inmates.

On this occasion, DGP (Jails) K.K. Selvaraj was also present. Earlier, jail-radios have also been started in Panipat and Faridabad in collaboration with ‘Tinka-Tinka Foundation’.

Rajeev Arora said that the Central Jail at Ambala is considered as a historic jail in India and is among the three Central Jails of the state. He said that though a Jail has a restricted environment but with the introduction of radio, its inmates will be interacting with the outside world. He said that there are a total of 19 jails in Haryana and the state government plans to start Jail-radio in almost all the jails in order to initiate the process of Jail reforms for inmates. He also shared that the authorities concerned have been in dialogue with the founders and office-bearers of various NGOs regarding introducing more Jail reforms.

On this occasion, DGP (Jails)  K. Selvaraj said that the first phase of installation of Jail-Radio in Jails has been completed with the introduction of radio in Ambala Jail and now Jail-Radio will be started in four other jails of the state under the second phase. Sh. Selvaraj said that he was satisfied with the improvement in behavior of inmates in state jails. Jail Superintendent, Sh. Lakhbir Singh said that the introduction of Jail Radio has helped in transforming frustration in inmates towards positive thinking and is like a ray of hope for the inmates and will further enhance creativity in them.”