Home » Groundwater depletion is more dangerous than the COVID-19 pandemic 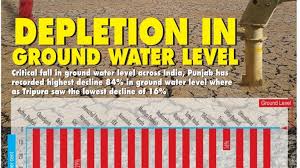 CHANDIGARH—Beware perpetrators and extractors of groundwater as we are going to face water shortage danger more than COVID-19 as alerted by the alarming depletion of groundwater, which is the majo0r resource of 40 per cent of India’s water needs. It is worrisome to note that ground water is getting depleted at an unsustainable rate. India is the world largest groundwater extractor accounting for 12 percent of global extraction.

A report of the Central Ground Water Board (CGWB) suggested that for Chandigarh most suitable structure for artificial water recharge to the ground would be trench-cum-recharge well. It is estimated that a total of 8700 recharge structures would be required in Chandigarh and these will cost around Rs 652.50 crore. By 2025, the city’s water woes will be high, warns the report. Growth of cityh population between 1991 and 2001 was 40 per cent and in the most densely populated area with 11,373 persons per square kilometers. City will face further decline of ground water level in the next 10 years. According to official records, availability of water was285 litres per capita per day and city needed 40 million gallon of water per day (MGD) more water with projections of population growth by 25 per cent. 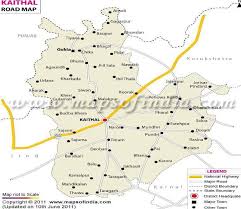 In 2011, Haryana Space Applications Centre (HARSAC) Hisar, conducted a study to identify and harness the potential of old buried channels—called palaeo channels in northern Haryana using satellite date. According to the field-based survey of National Academy of Agricultural Sciences (NAAS) ground water level in 82 per cent of Punjab’s area and 63 per cent of Haryana has depleted substantially.  In addition to this, geophysical surveys in northern part of Haryana comprising the piedmont zone covering mainly Panchkula, Yamunanagar, Ambala, Kurukshetra and Kaithal districts had undertaken with the help of Kurukshetra University to verify the existence of these palaeochannels and for ground water characterization in the identified palaeochannels.

The HARSAC scientists interpreted and analyzed the optical and microwave satellite data of the area to prepare palaeochannel maps of five northern districts of Haryana. Though the satellite data revealed the existence of a number of channels buried under the debris of time yet eagerness of the government remained in files.

Dr Ritesh Arya, internationally renowned Geologist is a worried lot about depletion of ground water. He was of the opinion that the state governments across the country should take identification of palaeochannels on war footing as these could act as a storehouse of underground water. “With rapid increase in population water consumption will increase manifold. These palaeochannels can be exploited to tap additional sources of water for drinking and irrigation,” he says. These could also be used as water charging sites during the monsoon season. The palaeochannel maps might also be used for creating a network of drains for flood management.

The Central Government has initiated NAUUIM in 2012 as a part of a groundwater management and regulation scheme to understand and classify aquifers based on geographical formation. This would help prepare plans and manage groundwater.  Under NAQUIM the largest areas have been mapped in Rajasthan followed by Madhya Pradesh and Uttar Pradesh. The rest areas across the country will be mapped by 2023.

It was also found that over-exploited areas are mostly concentrated in Punjab, Haryana, Delhi and Western Uttar Pradesh where though replenishable resources are abundant yet have been indiscriminate withdrawals of groundwater leading to overexploitation. It is also suggested that modeling water levels of North-West India could be a response to the problem.