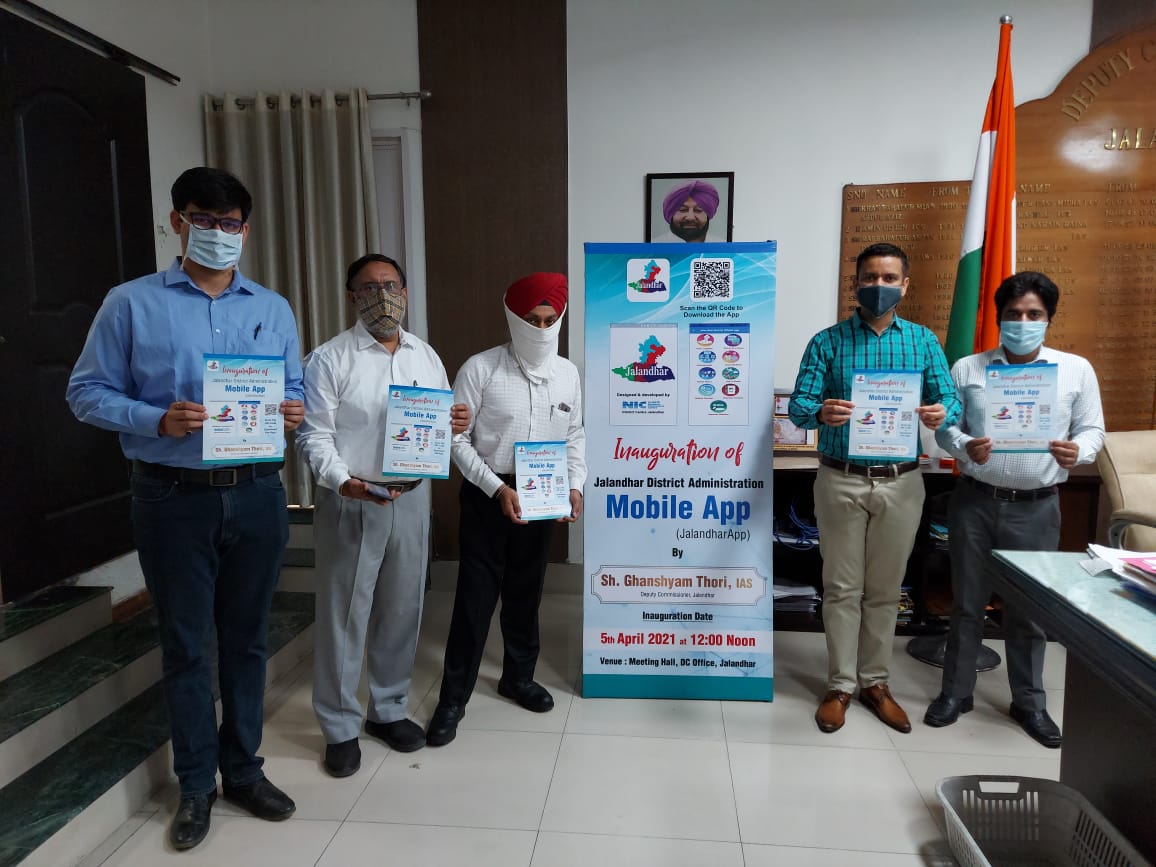 Jalandhar, April 5,2021:  GhanshyamThori, Deputy Commissioner, Jalandhar today launched the official mobile app of Jalandhar District Administration namely ‘JalandharApp’ developed in house by NIC, Jalandhar.  The Deputy Commissioner told that althoughall such information is available on Official Website of Jalandhar District Administration namely “https://jalandhar.nic.in”, but the mobile app is developed with an aim of disseminating information about Jalandhar district among the Citizens in mobile friendly manner. Citizens can search for basic information, brief History of the Jalandhar District, Important places to visit and Important key contacts/ links to Government services. In future, it will be further enhanced with more useful information. He urged Citizens to download the mobile app from Google play store / QR Code given in the banner and give their valuable feedback for incorporation in the App.