Lipakshi Seedhar (Feature Writer): Another Monday has come and we are already in the 8th month of 2020. Though it’s a Monday but it’s quite different than our usual Mondays, its Raksha Bandhan, a day when all the sisters get up early morning, get ready in the new dress, prepare the pooja thali and brothers starts saving up for his sister’s rakhi gift which he usually reveals before rakhi. The times are different so the celebration will be a little low key but that doesn’t lessen the excitement of tying rakhi, getting gifts, eating sweets, getting clicked and enjoying the day to the fullest. With the start of August, some positive news has started to pour in. The human testing of the vaccine has already started, things are going back to normal, our life is getting back to normal. The best news of 2020 till now has been the change of the education system and making it a lot about learning skills rather than the earlier one which favored rote learning. With this beautiful start, we also tell you some of the positives that happened the past week: 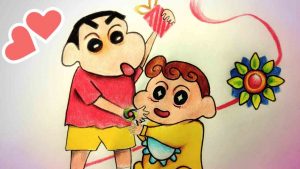 While we’ll soon be starting with our festivals and other celebrations, we should keep in mind that the virus is still there. Take every possible precaution while going out or bringing in gifts for the relatives. Also, keep in mind that the country is still suffering as people are still without jobs, food, homes, and other basic needs. So, instead of spending loads on the celebrations, try to donate the ones who are in need. This will
give you the happiness which no big celebration can give you.