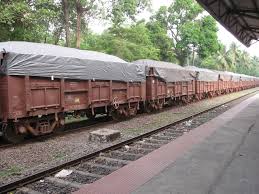 Jalandhar witnesses record procurement of 11.42 lakh MT paddy
Jalandhar, November 25, 2020:  With the freight trains having resumed operations on Tuesday in Jalandhar, the food and civil supplies department is set to get the supply of 25 lakh gunny bags which were stuck in West Bengal due to the halting of trains.
The Jalandhar district has procured a record 11.42-lakh MT paddy from the grain markets in this paddy season and the same figure was around 10-lakh MT paddy during last year.
The district had a need of around 5000 bales of new gunny bags (500 gunny bags in one bale) and officials and rice millers were concerned about the procured paddy as the shelling was also started by the latter.
However, the almost entire paddy crop has been procured from the markets in Jalandhar by procurement agencies with the food and civil supplies department managing the situation effectively by allowing the use of the gunny bags of the previous procurement season.
A spokesperson said that the 25 lakh new gunny bags would be used to pack the rice following the shelling of paddy which would be sent to the other states. He said that only new bags can be used to pack the rice.
He said that not only gunny bags would be reaching Jalandhar within a day, but the specials would also be available which would ease the pressure of space shortage. He said that a major chunk of the procured paddy would now be sent to the other state via specials after the milling.
The millers of the region expressed gratitude towards the state government and chief minister Capt Amarinder Singh for the restoration of the goods’ train services as the new gunny bags would be available within a day.